QIIB Chairman and managing director Sheikh Dr. Khalid bin Thani bin Abdullah Al Thani announced the bank’s first half results, following a Board meeting held yesterday to discuss the financial performance and activities of the bank during the first six months of this year.

On this occasion, Sheikh Dr. Khalid said, “QIIB was able to respond to various challenges during the last period, benefitting from the strength and security that the Qatari economy provides to all sectors in general and the banking sector in particular. “This was reflected on the positive indicators registered at various levels and the possibilities of further improvement, under the support and sponsorship of the Amir His Highness Sheikh Tamim bin Hamad Al Thani.”

The first half gave QIIB the opportunity to review its strategy and emphasis on its strengths, which focused on the local market, and addressed numerous operational challenges, competition and other emerging factors that required a closer observing and deeper analysis of the existing, expected and unexpected risks.

Sheikh Dr Khalid said, “Practically, we can say that QIIB continues to sustain its long-standing positive performance. The numbers that we have disclosed today confirm that the bank can adapt to the various market factors and, thanks to its rich and considerable experience in the local market, can rely on the many strengths of the Qatari economy to achieve its targeted growth figures, in the short and long-term”.

During the first half, QIIB continued to work closely with the domestic business sector to finance various large, medium and small scale projects. The Bank participated in various initiatives launched by the Government and supervisory authorities to enhance the resilience of the business sector, which started to bear its outcome through the improvement of companies’ businesses.

“We are all confident that we will continue on this path, God willing, thanks to the sincere efforts of all parties concerned. The atmosphere in general is optimistic with the continuation of various major projects, the figures that the Qatari economy are expected to achieve by most reliable sources and credit rating agencies, which may remain among the best in the region. Additionally, the high competitiveness of the Qatari economy puts it in a globally advanced position. Factors such as stability and security, the ease of doing business and the suitable environment the country provides, stand Qatar in a good stead.

Hence, we can only expect the best”. Sheikh Dr. Khalid thanked the Bank’s executive management and employees for the results that were disclosed at the end of the first half of 2020, and called on everyone to make further efforts and meet the challenges for their own benefit and that of customers, shareholders and the Qatari economy in general,” Sheikh Dr Khalid said.

He said the bank’s total revenues for the first half of 2020 amounted to QR1.21bn compared to QR1.14bn at the end of the corresponding period of last year, with a growth rate of 5.7 percent.

He affirmed that the bank succeeded in developing a strategy that focuses on enhancing the efficiency of its operations, which was evident during the first half of 2020, after a decrease in the costto-income ratio to 21.4 percent, which consider one of the best in the Qatari banking sector.

Dr Al Shaibei said, “QIIB’s results during the first half were in line with the directives of the Board of Directors, the estimates and the preliminary projections that we were planning, although our ambitions are still greater. What really helped us was the Qatari economy’s inherent strengths, long-term strategy, creative initiatives and opportunities that allow the various sectors to face different circumstances and challenges”.

The bank maintained the quality of its assets, good profitability, liquidity and outstanding capitalisation. The Bank enjoys credit strengths that rely on the flexibility of its financing sources supported by a strong franchise and also on its large share of the local retail market.

The bank also have very high probability of receiving government support in case of need.

“During the first half of this year, QIIB started to actively implement its plans to enhance the quality of its operations. In line with that, the bank invested extensively in its technological infrastructure, especially alternative channels that represent the future for various banking services. QIIB launched its ‘SWIFT gpi’ payment system, which is one of the latest global systems in this field, thus becoming be the first Islamic bank in the State of Qatar to use it. The bank also updated its corporate internet banking platform and launched a new QIIB points’ portal that was developed as part of the bank’s strategic partnership with Mastercard”.

He said, “The bank paid special attention to cybersecurity issues, and in appreciation of its efforts in this field, it was awarded, for the fifth year in a row, the highest certificate in the protection of banking cards data (PCI-DSS), granted by SISA to institutions and banks that excel in meeting security standards in this field. Being awarded this certificate this year was of great importance to us, particularly due to the increasing focus on electronic payments and the sustainability of bank cards on a large scale, given the advantages it provides”.

“QIIB will continue in the coming period to improve its alternative channels and promote digital payment solutions, adhering to the best approved standards, so as to meet customers’ aspirations for the best, fastest, most reliable and most secure services”. Regarding the bank’s financing portfolio during the first half of the year 2020, QIIB CEO said,

“The bank will continue to focus on the local market and on its partnerships with the various vital sectors in the State of Qatar. Being entitled to participate in the development process is for us a duty that we perform with conviction.

“The past period proved that the most effective investment is the one made in the domestic market, be in terms of rich opportunities, low risks, appropriate investment environment or high-level legal, legislative, financial and regulatory environment.

Dr Al Shaibei pointed out, “While focusing on its activities in the local market, the bank will continue to weave threads, relations and partnerships externally, based on a comprehensive and well laid out strategy developed by the Board of Directors, which focuses on priorities, feasibility and low risks”. 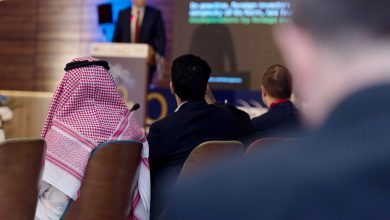 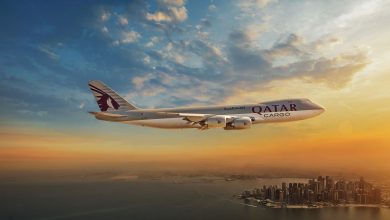 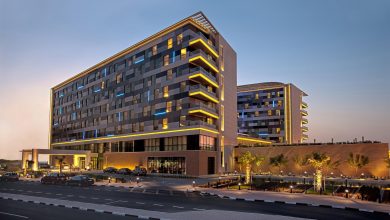