The Catalans’ home kit is a classic return to the traditional Blaugrana stripes in a nod to celebrate some of their most triumphant eras
The 2019-20 Spanish season might not be over yet, with the Covid-19 pandemic having delayed European club football for months, but Barcelona’s new jerseys are already being unveiled to the world.

Goal has the latest information about the Spanish giants’ 2020-21 shirts – home, away and third – as well as when they expected to be fully released and more.

Barcelona’s 2020-21 home kit
Nike launched the latest edition of the Barcelona home shirt on July 6, with the jersey returning to the traditional vertical blue and red stripes that have become synonymous with the club.

Recent Barcelona home jerseys have featured more adventurous geometric patterns, but the newest kit will pay tribute to some of the Catalan club’s most successful periods.

The wide vertical stripes will recall the kit that Barcelona wore when they lifted the 2010-11 Champions League trophy against Manchester United at Wembley, complete with the yellow collar.

Additional thin yellow lines border the larger blue and white stripes, paying tribute to the club’s kits of the 1920s.

Barcelona 2020-21 away kit & release date
Full details on Barcelona’s away jersey have not yet been revealed, but it is expected to take on a monochrome look inspired by the club’s second kit during the 2011-12 and 2013-14 seasons.

In contrast to the traditional blue and red striped home kit, the away kit is looking to be mainly black with metallic gold accents, including a black and gold club crest instead of the traditional full-colour version.

Barcelona’s 2021-21 away kit is expected to be released in July.

Barcelona’s 2020-21 third kit & release date
Barcelona’s third kit is yet to be announced but, according to leaks, it is set to be the first-ever completely pink jersey in the club’s history.

While the club have previously had kits that have dabbled in pink shades, they have always been accompanied with colours such as orange.

It is set to be released by Nike as the last of Barcelona’s collection of new kits in September 20, with the pastel pink colourway complemented by a teal and black trim. 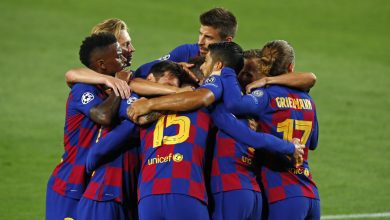 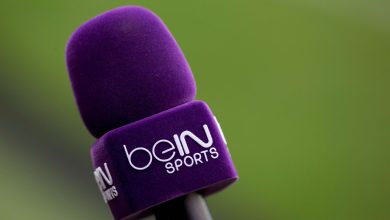 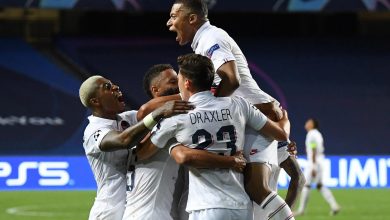 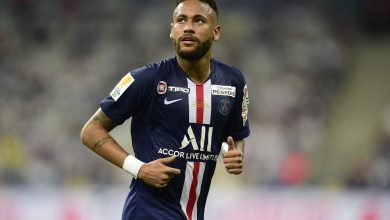