Qatar has “started to pass the peak stage” of Covid-19 but the “height of the pandemic may return if the society slackens in applying precautions”, a senior health ministry official has said.

Dr Abdullatif al-Khal, co-chair of the National Pandemic Preparedness Committee at the Ministry of Public Health and head of the Infectious Diseases Division at Hamad Medical Corporation, made the observation while addressing a press conference organised by the Supreme Committee for Crisis Management on Monday, as reported by the official Qatar News Agency (QNA).

On whether the high recovery rates mean that Qatar has passed the peak stage, Dr al-Khal said: “Yes, Qatar has started to pass the peak stage. The rate of the virus’s spread has become less than one, which shows the Ministry of Public Health’s success in slowing the spread of the virus in the country and reducing the number of infections.”

This is significantly more than what it would have been had these measures not been implemented, he said, stressing – at the same time – that the height of the pandemic may return if the society slackens in applying precautions.

He noted that the return of the virus to severe levels – or not – depends on the commitment of all members of the society to the “measures”. These will be “a part of the routine life of individuals and the daily lifestyle of all members of the society from now until the emergence of an effective and safe vaccine in the future,” he said, pointing out that the large number of recovered cases is a “very good sign and indicates that the rate of recovery is increasing”.

He said home healthcare services provided by the private sector will be allowed in the third phase of lifting the restrictions, which are scheduled to start in August, adding that these include medical care at home, nursing care, physical and speech therapy, etc.

As announced on Monday, Phase 1 of the four-phase lifting of restrictions will begin on June 15, followed by the second on July 1, the third on August 1 and the fourth and final phase on September 1.

In response to a question about whether the start of lifting restrictions means the decline of the virus and easing the measures that must be applied by individuals at this stage, Dr al-Khal said the initiation of lifting gradual restrictions means that there is a partial slowing down of the pandemic in Qatar, which is the pattern followed in all countries in the world.

He said in Qatar, “because of the measures that were implemented, the precautions that were followed and the commitment of the public to the same”, the virus spread factor has decreased and thus the restrictions would gradually be lifted. He, however, stressed that this level was reached with the commitment of all members of the society to the precautionary measures. These include maintaining social distancing , wearing masks, washing hands, not leaving home unnecessarily and using the Ehteraz application.

Dr al-Khal warned that if these measures are not applied daily and routinely in the lives of people, the rate of slowing down of the virus may decrease and the virus may again begin spreading in the State. This may lead to the return of the virus reproduction rate of more than one, which means it will be difficult or impossible to advance from one phase to another regarding the gradual lifting of restrictions. 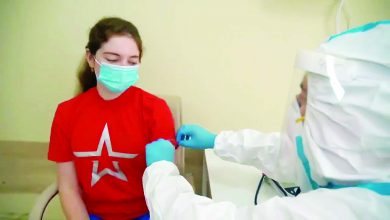 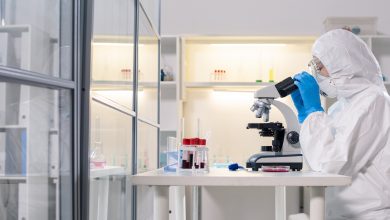