To mark the third anniversary of the blockade, Qatar Museums (QM), under the leadership of its Chairperson HE Sheikha Al Mayassa bint Hamad bin Khalifa Al-Thani, has unveiled a series of public art installations by local and international artists. Chosen on the basis of the annual 6/5 Open Call Initiative, as well as a special open call initiated by Qatar Museums and the Public Works Authority (Ashghal), the artworks are intended to inspire hope and commemorate this historic period for the nation.

HE Sheikha Al Mayassa bint Hamad bin Khalifa Al-Thani said, “It gives me great pleasure to work with Ashghal Qatar and Qatar Rail on the 3rd anniversary of the blockade. The resilience of our community both Qatari and residents is reflected upon the achievements over the years, and more so during the blockade. Every year we celebrate this moment of unity through public art installations. This year is particularly significant given the affairs of the rest of the world. The Covid-19 pandemic that has been brought to the surface allows for a moment of reflection on ourselves and how we live together. I am very proud of the people living in Qatar, and these photos will be treasured in our National Museum photo archives forever. I thank all those who participated, and invite those who still want to participate to continue doing so on our website.”

Guillaume Rousere, a French artist resident in Qatar, was selected as part of the recent Qatar Museums Annual 6/5 initiative Open Call to realize his proposal “Allow Me,” The work is on display in Msheireb Metro Station in partnership with Qatar Rail. Rousere’s work translates into sculptural form an audio recording of the poignant and unforgettable speech delivered by HH the Amir Sheikh Tamim bin Hamad Al-Thani at the opening of the 72nd Session of the United Nations General Assembly in New York in 2017. The artist cast the beautifully patterned sound waves in plaster and then used that form to create a natural-looking, fossil-like sculpture in limestone. Rousere said: “For me and as for many of the residents and citizens of Qatar, the speech resonated as a message of thanks and inclusion into Qatari society. Also, this statement underpinned the wishes to settle differences in peace without compromising the security of its people.”

HE Minister of Transport and Communications Jassim bin Saif Al Sulaiti stated: “We are keen that the Doha metro stations are a platform for a purposeful and focused art and we seek to contribute to enriching the art scene in Qatar. We also value and praise Qatar Museums’ efforts to develop, strengthen, and support the cultural sector at various levels. We are happy to choose the Musheireb Station – the main station and the largest Doha metro station to showcase this unique work of art; which portrays a significant national symbolism for all Qatar citizens and residents, and commemorates the historic speech of HH the Emir; from which we are determined to be inspired by the deepest meanings of pride and dignity. “

On this occasion, HE President of the Public Works Authority ‘Ashghal’ Dr. Eng. Saad bin Ahmad Al Muhannadi stated that in order to consolidate the principle of cooperation between government organizations, “The Supervisory Committee of Beautification of Roads & Public Places in Qatar” has partnered with Qatar Museums to present three public art pieces in 5/6 Park in Onaiza, which is one of the projects implemented by Ashghal and it includes an area dedicated to display various forms of artworks.

Of the three works, two are drawn from the collection of Mathaf: Arab Museum of Modern Art. “Poem” (1963-65), and “Poem in Three Verses” (1963-65) are by the Lebanese sculptor and painter Saloua Raouda Choucair (1917-2017). Made of vertically stacked modular, uniquely tessellating abstract forms, the sculptures reference Islamic and modernist architecture and the rhythmic movement of Qasa’id verse. The artworks are inspired by Choucair’s interest in the unitary structures of mathematics, science, architecture, Arabic script, and Sufi transcendence.

QM Annual 6/5 initiative Open Call chose Qatari artist Faisal Al Hajri to create an installation titled “Al Sumod (Withstand),” also will be on display at 5/6 Park. The installation comprises dozens of pillars in a circle, giving way to an empty space in the center, evoking the feeling of the blockade fading away.

Videos and images submitted to the open call will be projected this evening, June 5, on the facade of the National Museum of Qatar (NMoQ) and the 5/6 arches located at the 5/6 interchange. The special installation is going to be on display from sunset till sunrise.

Head of QM Public Art Department Abdulrahman Al Ishaq said: “The art installations were chosen for their genuine and simple messages of hope and optimism, reflecting how the country and its people have used the unjust blockade as an inspiration to move forward against all odds. We hope that connecting people through art and creativity will help bridge any divides.”

Spearheaded by QM’s Chairperson HE Sheikha Al Mayassa bint Hamad bin Khalifa Al-Thani, public art is a central focus in QM’s mission to push the boundaries of the traditional museum model and offer cultural experiences in public spaces. The artworks join a growing and outstanding collection of paintings and artworks by local and international artists. Hand-picked for their immersive and thought-provoking nature, QM’s public art installations serve as an inspiration for the next generation of cultural producers. 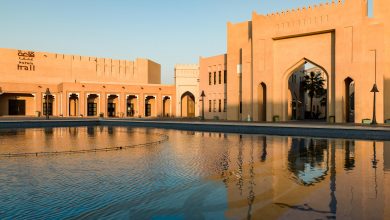 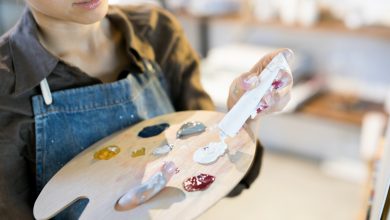