A lull in boat traffic and a fishing ban in Istanbul forced by the coronavirus pandemic has proved good news for some of the city’s most-loved inhabitants — the Dolphins that swim in the fish-rich waters of the Bosphorus Strait between Europe and Asia.

The Turkish city of 16 million has been under lockdown since Thursday as part of government measures to stem the spread of the coronavirus, following two successive weekends where it was also shut down.

The latest confinement period is due to expire on Sunday midnight.

The pandemic has claimed more than 2,700 lives in Turkey.

Spotting Dolphins in the Bosphorus — a usually very busy narrow waterway connecting the Mediterranean to the Black Sea right through the heart of Istanbul — is often a source of joy for the city’s residents.

But the lockdown has meant fewer ships and more fish in the water, encouraging the mammals to come closer to shore and prompting more frequent sightings.

“A decrease in boat and human traffic across the Bosphorus has a big impact,” said Erol Orkcu, head of the amateur and sports fishing association in Istanbul.

“Terrestrial and aquatic living things can remain free without human beings. That enables Dolphins to come closer to the shoreline,” he told AFP.

Before the pandemic, fishing was a daily ritual in Istanbul with hundreds lighting fires or bringing samovars for making tea as they prepared for long angling stints along the shore.

The sight of thousands of amateur fishers on the Galata Bridge and on the banks of the Bosphorus is one of the city’s iconic images. But they are now almost deserted.

Yoruk Isik, a dedicated ship spotter who snaps vessels passing through the Bosphorus, said he had photographed Dolphins before the pandemic but now they were swimming much closer to the shore.

Dolphins “are coming closer to the edge of the water as the terror of uncontrolled anglers on the shoreline has temporarily stopped,” he told AFP.

“I call it terror because 90 percent of them are not aware of what they are doing and cause incredible environmental pollution,” he said.

At Sarayburnu, which separates the Golden Horn from the Sea of Marmara, a pod of Dolphins were spotted swimming with an army of seagulls — to the joy of photographers.

The visibility of the Dolphins is seen as an indicator of a healthy maritime ecosystem as the mammals are fighting for survival.

Turkish literary giant Yasar Kemal wrote about the devastation wrought on the country’s coastal ecosystems by the overhunting of Dolphins for oil in his 1978 novel “The Sea-Crossed Fisherman”.

Since 1983, maritime mammal hunting has been prohibited in Turkey, and Dolphins are protected by law. 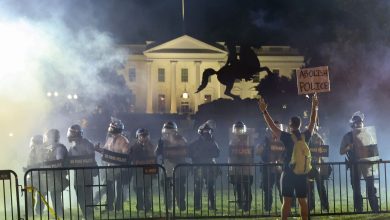 After the protests against Floyd killing approached the White House, Trump was moved to a secret hideout 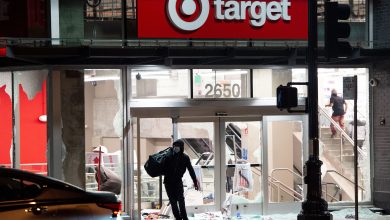 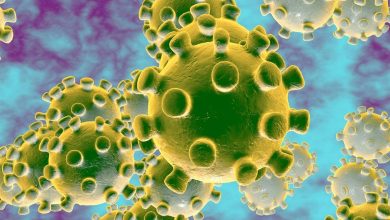 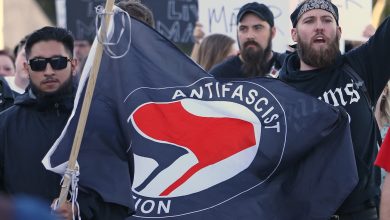