Wuhan (AFP) – On a hill in Wuhan, the Epidemiology Laboratory, created with the help of France, is the subject of U.S. suspicions about the source of the Coved-19 epidemic that appeared in this large city in central China.

According to the majority of scientists, the new coronavirus is likely to have been transmitted to humans from an animal, and all the information indicates a market in the city where wild animals were sold alive.

But the presence of the Institute of Epidemiology, just metres away, has been raising suspicions of sars-cov 7 virus leaking from these sensitive facilities for months. Following the release of many news articles, Us Secretary of State Mike Pompeo said this week that he was “investigating” the hypothesis, which has so far been unsubstantiated.

Here are the top questions about the Epidemic Institute in Wuhan:

-What is this site? The Us Embassy in Beijing, after several visits to the institute, alerted US authorities in 2018 to inadequate safety measures, apparently in a laboratory conducting studies on the bat-induced coronavirus, the Washington Post reported.

Fox News quoted unidentified “several sources” as saying that the current Coronavirus, which was first reported in Wuhan itself in December, originated in this particular laboratory, and although it is a natural virus not compounded by the Chinese, it may had “leaked ” involuntarily but due to improper preventive measures.

The laboratory is a highly protected facility with the most dangerous strains of known viruses such as Ebola. It is a B-4 level-4 biosafety laboratory.

The highly sensitive site was created with the help of France and allows for rigorous research to respond quickly in the event of infectious diseases.

It cost about 40 million euros and was funded by China. Researchers work in complete isolation, and there are at least 30 B-4 laboratories in the world, half of them in the United States.

The Institute of Epidemiology in Wuhan has the largest group of virus strains in Asia with 1,500 different samples, according to its website.

Although the US press has consistently talked about B-4, less serious studies such as those related to the new coronavirus are usually conducted in P-3 laboratories, a laboratory type also owned by the institute.

The institute refused to answer AFP’s questions. Therefore, it is not possible to officially confirm that coronavirus was studied before the outbreak of the epidemic in these laboratories.

– Is it the source of the new Coronavirus? – Nothing can confirm that.

The Washington Post and Fox News quoted unidentified sources as concerned about an accidental leak of the virus.

According to the television network, the “first patient” behind the outbreak may have been an employee of the institute who contracted it and was later transferred to other places in Wuhan.

Asked about the hypothesis, Us President Donald Trump said he was increasingly hearing “this story,” adding that it is under “a very in-depth investigation” by Washington.

When the epidemic began to spread in China, “local authorities wondered if the Institute of Epidemiology was the source,” Mike Pompeo said in an interview Friday.

“We know that they did not allow scientists from all over the world to go to this laboratory to find out what happened there,” he said.

Several theories have been circulated online in recent months pointing fingers at the laboratory.

In February, the institute published a statement denying the first rumors.

He also said he had received samples of the virus, which was unknown and spread in Wuhan (later identified as SARS-Cove-2), and dismantled its gene sequence on January 2 and then passed on the information to the World Health Organization (WHO) on December 11.

The World Health Organization (WHO) then announced that it had received the gene sequence on January 11 from China.

– What do scientists say?- Many researchers believe that the new coronavirus was undoubtedly contracted from bats. But they believe it was transferred through another medium before it reached the human being.

Chinese scientists have confirmed that this intermediate animal is a squamous anteater, a small mammal that is threatened with extinction because it is exploited by its skin crusts.

In contrast, studies by other Chinese researchers published in well-known scientific journals say that the first patient with the new coronavirus has not visited Wuhan wild animal market.

“The source of the epidemic remains a pending question,” Philippa Lentzos, a biosafety researcher at King’s College London, told AFP. 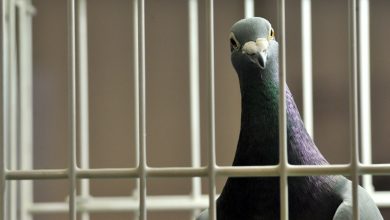 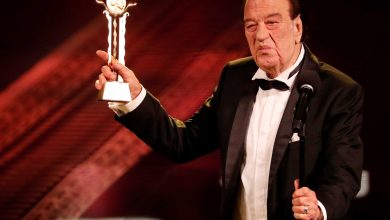 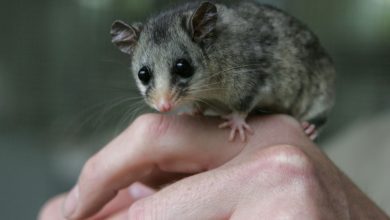