BEIJING — As the rate of new coronavirus cases appears to be slowing in China, thousands of cruise ship passengers who have been exposed to the virus in Japan and Cambodia are posing logistical and public health challenges as officials try to send them home while also prioritizing containment.

The U.S. government evacuated hundreds of Americans Sunday night from the Diamond Princess cruise liner, docked in Tokyo and quarantined since Feb. 5, and flew them out of Japan on two chartered planes bound for U.S. military bases — a carefully monitored process that will include another quarantine once they land.

Another 44 Americans aboard the Diamond Princess tested positive for coronavirus and will stay at hospitals in Japan as they recover, Anthony Fauci, director of the U.S. National Institute of Allergy and Infectious Diseases, told The Washington Post on Sunday.

At the same time, public health officials scrambled to determine if passengers onboard a different cruise ship, the Westerdam, were exposed to the virus after an 83-year-old woman tested positive days after disembarking in Cambodia. The unexpected finding upended a basic assumption by several governments, including the United States, that the ship was virus-free, which motivated local and U.S. officials to allow passengers to disembark and depart for other cities and countries around the world.

As these cruise passengers and other travelers fan out across the globe, infectious disease experts say the dynamic illustrates how the virus could be introduced into new communities in quiet ways. Until now, officials have been aggressively monitoring those who traveled to China and those who have had close contact with an infected person. But the Westerdam oversight demonstrates how travelers without obvious symptoms could slip through screening processes.

“This illustrates there is transmission occurring in unexpected places that we’re not aware of,” said Jeff Duchin, health officer and chief of communicable disease epidemiology section at Seattle and King County health department. “The virus is moving very quickly and silently and presents a real challenge to containment.”

Duchin noted, however, that the reported cases occurring in places outside China are not large-scale yet. Health officials still need to focus on where they can have the greatest impact on controlling the outbreak, he said, which is in China.

“But increasingly, we are seeing it pop up in other parts of the world and in other settings, and that makes it difficult for us as a country to know when someone who may have been exposed outside of China enters the United States,” Duchin said.

Health experts have warned that the coronavirus is difficult to contain precisely because symptoms are often mild and the coronavirus could replicate inside the human body and infect others for up to 14 days before showing symptoms at all.

As of Sunday, the World Health Organization has reported cases in 26 countries, the vast majority of which remain in mainland China. Chinese officials have tallied about 70,500 cases of the illness and 1,770 deaths. Outside of China, the WHO reports about 680 confirmed cases and three deaths.

Chinese officials said Sunday that they believed measures taken across the country to control the epidemic were paying off. Several cities in the central region have declared strict “wartime measures” that allow residents to leave their homes only several times a week and upon approval from neighborhood authorities.

Guards in Hubei are required to check identification 24 hours a day at the entrance to residential compounds, and driving is banned for all nonessential purposes under new regulations released Sunday.

The number of new cases across China, including in Hubei, have been falling, said Chinese National Health Commission spokesman Mi Feng, who noted that doctors in the worst-hit province had broadened their diagnosis criteria for patients suspected of suffering from the disease and were able to treat them more quickly.

“The effects of our counter-coronavirus measures in every part of the country are already becoming apparent,” Mi said.

In Taiwan, authorities reported the first death on Sunday, a man in his 60s with diabetes and hepatitis but no recent history of overseas travel, according to the state-run Central News Agency. Officials said they were still investigating how the man contracted the virus while living in the central part of Taiwan, which has so far recorded 20 confirmed cases across the island.

On Saturday, Cambodia’s health minister issued a public statement urging the public to “not be overly afraid” but to take protective measures. That night, charter flights that were originally scheduled to take Westerdam passengers to Kuala Lumpur were canceled by Malaysian authorities.

The Westerdam was believed to have no infections onboard among the 2,200 crew and passengers who were stranded at sea for weeks as countries rejected their entry following a stop in Hong Kong, where they took on hundreds of new passengers.

The 83-year-old American woman, whose identity has not been disclosed, was among the relieved passengers who were let off the Westerdam on Friday and welcomed and embraced by Cambodian Prime Minister Hun Sen, who has downplayed the epidemic’s threat and described the decision to bring them onshore as an act of humanitarian goodwill. The ship had been stranded at sea for nearly two weeks and was running low on provisions after it was denied entry to Taiwan, Japan, the Philippines, Thailand and the U.S. territory of Guam.

The U.S. ambassador, W. Patrick Murphy, also brought his family on the cruise ship and posed for pictures on Saturday with American passengers. Murphy and other passengers did not appear to be wearing masks in photos shared on the embassy’s Twitter account.

Holland America, the cruise operator, said in a statement Sunday that no other passengers or crew who were on the ship have reported any symptoms of the coronavirus. About 1,000 people remain on the ship, with the rest on their way home.

Grant Tarling, Holland America’s chief medical officer, said in the statement that the company was working with health experts to contact national health authorities around the world to investigate and follow up with individuals who may have come into contact with the American woman found to carry the virus.

In Japan, U.S. passengers were faced with a difficult decision. They could stay on the Diamond Princess until Feb. 19, when the original quarantine is scheduled to lift, but risk being stuck in Cambodia and bound by commercial flight restrictions, or leave on the chartered flights to military bases in Texas and California — only to face another 14-day quarantine.

About 400 Americans were on the cruise ship when it docked in Japan, and the Japanese Defense Ministry said 300 of them disembarked Sunday night, the Associated Press reported.

The number of coronavirus diagnoses has continued to rise sharply among the 3,700 passengers and crew members originally on board. Japanese Health Minister Katsunobu Kato said early Sunday that the quarantined ship floating near Tokyo has 355 confirmed cases, or about 30 percent of the 1,219 people who have been tested so far. That represents one of the highest infection rates in the world.

“The degree of transmissibility on that cruise ship is essentially akin to being in a hot spot,” Fauci, who is also a member of the White House task force for the coronavirus, told CBS.

Ruth Eglash in Jerusalem and Marisa Iati in Washington contributed to this report. Sun and Mettler reported from Washington. 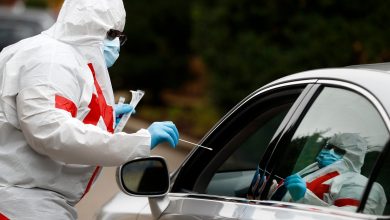 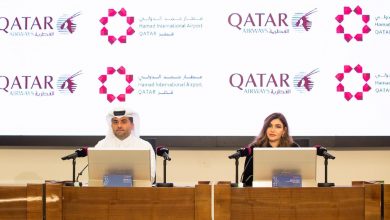 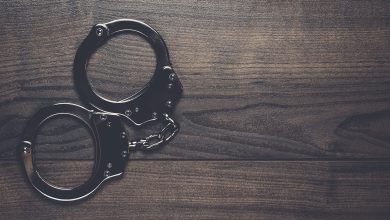