H H Sheikha Moza bint Nasser, Chairperson of Education Above All Foundation (EAA), yesterday announced the launch of a new strategy to ensure primary education to those who are currently out of school in many countries across the globe.

The strategy will be implemented through EAA Foundation’s Educate A Child programme, said H H Sheikha Moza during a plenary session of the second day of World Innovation Summit for Education (WISE 2019), at Qatar National Convention Center.

“Education Above All Foundation has succeeded in enrolling 10 million children back into school. However, according to official statistics, there are still more than 59 million primary-aged children around the world who are not enrolled in schools. Indeed in reality the number of out-of-school children is much larger due to inadequate data monitoring mechanisms for children in geographically isolated areas,” said H H Sheikha Moza.

“However, in order to innovate new solutions to challenges such as monitoring and statistics, among others, Education Above All has launched a new strategy to be implemented in select countries with the purpose of ensuring the number of out of school children in these countries reach zero,” she added.

Children do not understand why war is being waged in the first place; children who fail to comprehend why people are fighting among themselves. Children are only considered in staying alive that education became an imagined luxury they yearn for but cannot receive. As a mother, I wonder: What if we look at these children from our perspective as fathers and mothers, through the same eyes that we view the future of our own children? Are we capable of doing this?” asked H H Sheikha Moza.

She also highlighted about a prototype classroom which was on display at the EAA zone within the WISE Majlis.

The innovative classroom designed by Iraqi architect Zaha Hadid is made to fit any weather condition or environment. “I remember her excitement when I asked her if it was possible for the field of architecture to provide an alternative solution to the tents or temporary wooden buildings typically used for refugee education,” said H H Sheikha Moza.

“My suggestion resonated with her deep desire to contribute and help marginalised children around the world. Sadly, Zaha Hadid passed away before she saw this project become reality,” she added.

H H Sheikha Moza officially unveiled the prototype classroom during her tour of the WISE Majlis.

EAA Foundation and Supreme Committee for Delivery and Legacy have partnered to fund the construction of these structures. Those will be used during the FIFA World Cup Qatar 2022 and then redistributed to Education Above All projects in many countries.

The First Lady of Paraguay lauded and valued efforts taken by H H Sheikha Moza in serving education around the world. She said that the Government of Paraguay believed that education was a sacred right for every human being and a path for a better future for children and society. She also mentioned that she has met with H H Sheikha Moza to implement the ‘Educate a Child’ initiative in her country after its impressive success in providing education to more than 10 million children worldwide.

“Education is the great equaliser! That is why I started the most important project of my life to bring quality education to all children.

“One of the most meaningful things I have done in my lifetime, even more than winning Grammys I think,” she said. The Education Above All Foundation’s plenary and panel discussion “Zero Out of School Children” at WISE 2019 emphasised the persistent need to reach those young people whose right to education remains unfulfilled and how the issue of dropout is a global crisis, not just a problem.

By Fazeena Saleem I The Peninsula 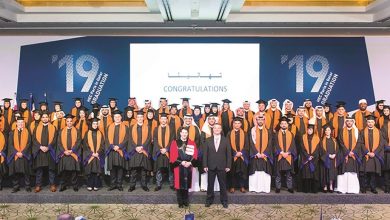 HEC Paris in Qatar honours class of 2019 at graduation ceremony 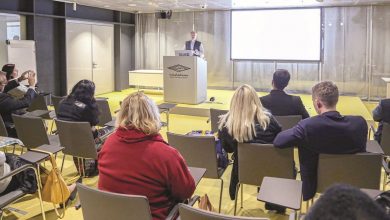 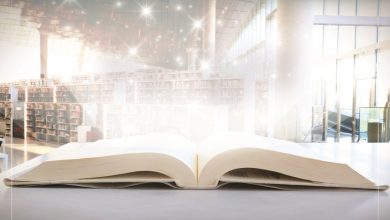 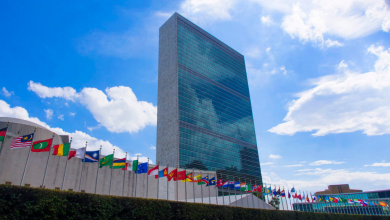