Prince Nikolaos draws a parallel between Qatari desert and Greek seascape in 23 stunning photos on display in his solo exhibition dubbed “Aegean Desert” launched on Wednesday at Katara Cultural Village.

An avid traveler and nature lover, Prince Nikolaos has been active in the field of artistic photography since 2013. In 2016, his work called H2Orizons — a multidimensional triptych of photographs combined music and sound effects – was featured during the ‘New York Times Art For Tomorrow’ Conference in Doha.

Shortly, he returned to Qatar exploring the country whose terrain is different from Greece, and photographing the desert which sparked his interest in the similarities of the desert and the sea specifically the geometric formations. Upon his return to Greece, he took photos of the sea related to his memories of Qatar.

In a first institutional cultural initiative between Greece and Qatar, the artist transcends geographical boundaries creating two exhibitions in Greece and Qatar presenting images of Qatari desert and the Aegean sea side by side.

In Athens, he exhibits photos inside a specially created Bedouin tent with a majlis in the courtyard of Benaki Museum of Islamic Art. In Doha, he exhibits four photos in an Aegean windmill in the outdoor space beside Katara Building 47 where the other 19 photos are on view.

Music is integral part to both exhibitions with moving compositions created by Greek composer Evanthia Reboutsika and Qatari composer Dana Alfardan being played to help fully immerse the viewer in the installations.

The aim of the project is to demonstrate the similarities of two completely different terrains and geographic locations, while focusing on the unexpected shared visual imagery between the two countries.
“It is a very special art exhibition that extends bridges of communication, not only between two different places but between two ancient cultures as well,” said Al Sulaiti.

He stressed that the exhibition is consistent with the role played by Katara in promoting openness of different cultures and bringing people together, and that it documents the common links between the desert and the sea, despite all differences to create a spectacular visual dialogue. He pointed out that the exhibition is a cultural initiative reflecting the high level of cultural exchange between Qatar and Greece, which will open broad prospects for closer cooperation and greater exchange.

The public has the opportunity to see Doha exhibition until January 15 next year at Katara Building 47. 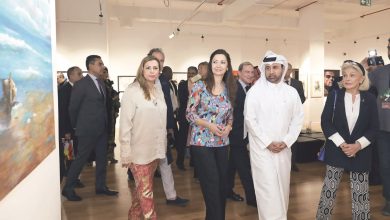 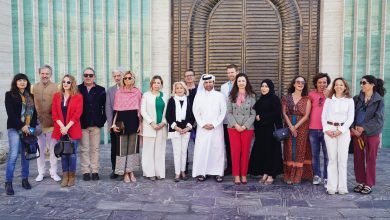 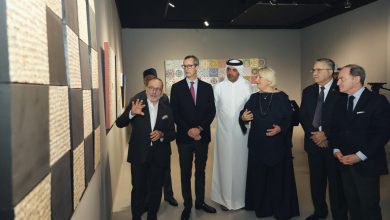 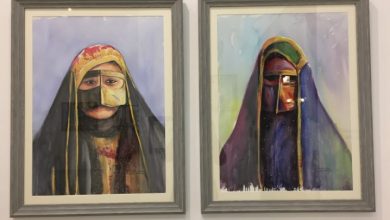