The Public Works Authority Ashghal opened Saturday 2 Nov 2019 a new underpass at the Mesaimeer Interchange with a length of 220 meters to provide a free exit for the E-Ring Road towards Rawdat Al Khail Street.

On this occasion, a number of officials paid a visit to follow the latest progress of Mesaimeer Interchange and the new flyover bridge, including Eng. Yousef Abdulrahman Al Emadi, Projects Affairs Director at Ashghal, Bader Darwish, Highway Project Department Manager, Lieutenant Eng  Saoud Abdullah Al Hamad, from Traffic Engineering and Safety Department,  along with a number of engineers from Ashghal and the Contracting Company.

The new underpass is the first of nine underpasses that make up the vital intersection, with a capacity of 1,500 vehicles per hour. Project Engineer Hassan Al Ghanim said that the newly opened underpass is the first achievement at Mesaimeer Interchange as it is ready for use six months ahead of the planned date with a completion of 65% of junction works.

Underpass Benefits
The three-level Mesaimeer Interchange is the first of its kind in Qatar, because it contains nine underpasses providing free flow traffic. The interchange contains two main bridges connecting Rawdat Al khail street and the Industrial Area Road in both directions, in addition to connecting the E Ring road with the southern part of Doha Expressway in one direction, which will achieve a great flow of traffic in all directions.

The project is of 6.1 KM length of construction works, with three to four lanes in each direction to accommodate about 20,000 vehicles per hour in both directions.
The new interchange, completed in the second quarter of 2020, will significantly improve traffic, reducing travel time by more than 60%.

It also links traffic between Industrial area road and the heart of Doha through a connection to Rawdat Al Khail Street, which intersects with D ring and C Ring Road, as well as between the busy areas of Nuaija, Al Thumama, Bu Hamour, Al Maamoura, Mesaimeer providing an easy access to Al Wakra, Al Wukair and the Industrial area
It is located in a vital area that has many different facilities, including Al Thumama Stadium, one of the World Cup stadiums, especially that the interchange will include three pedestrian bridges that provides access to the stadium.

The interchange also serves many important educational, health and commercial facilities such as the medical Commission, as well as many different schools, health center and nearby shopping malls.

It will include a sophisticated intelligent transport system where surveillance cameras and a vehicle number monitor will be installed, as well as an emergency traffic system. This system will provide important facilities and control for traffic in Qatar.

The project is an important/vital  crossroad in the country, with two levels comprising of three bridges and four vehicle underpasses to provide an easy access to the nearby residential areas such as: Al Thumama, Mesaimeer, Bu Hamour, Nuaija, and Al Wakra and a free traffic flow for road users towards Hamad International Airport, southern areas, Doha, and then to the northern areas of the country

The new flyover bridge connects traffic from the new Al Hateem Street to Al Gharrafa in the direction of Doha with 22 February Street and Al Gharrafa Interchange (Passport Interchange) which will reduce travel time.

The flyover will improve traffic in the area. The bridge will accommodate around 1,500 vehicles per hour to serve those coming from Izghawa and Al Gharrafa areas towards Doha without the need to use Al Shamal Road and avoid the current construction works in the area. 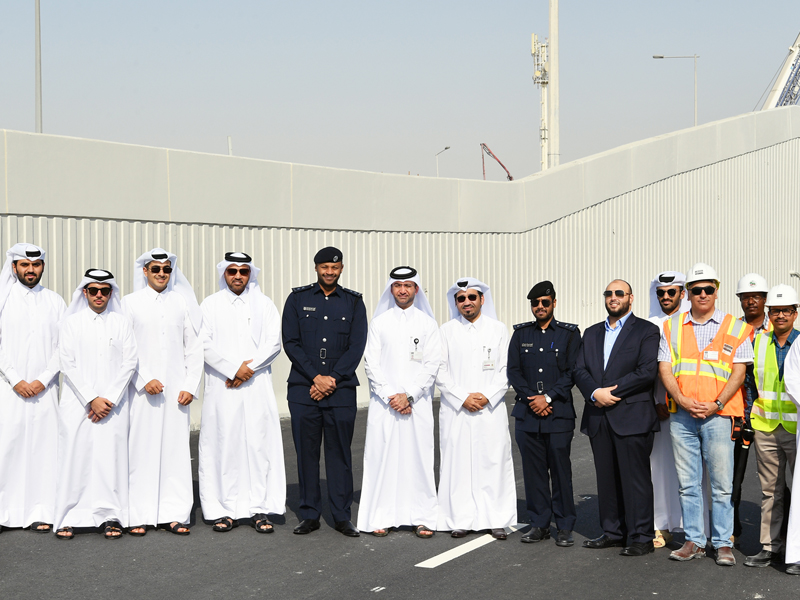 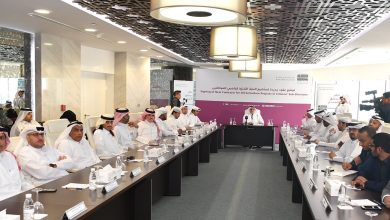 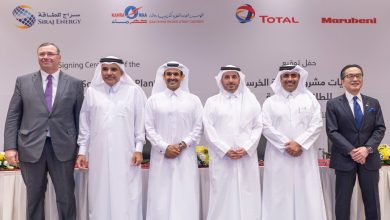 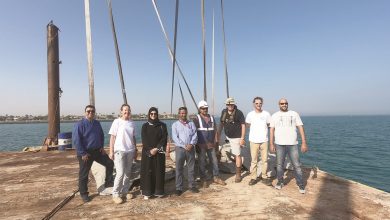 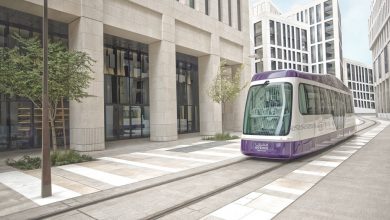