‘Broken Wings’, a West End Musical composed by Dana Al Fardan, a notable Qatari female musician, composer, songwriter and artist, will be in Qatar this November.

Dana will be accompanied by West End star Nadim Naaman, also the co-writer of ‘Broken Wings’. The musical will be performed for two days from November 8 to 9, 2019 at Doha’s prestigious Opera House, located at Katara Cultural Village.

‘Broken Wings’ is the first Middle Eastern to hit West End. It made its first debut in London in August 2018 to sold-out shows, followed by a stellar performance which took place in Lebanon at the famous Beiteddine Festival in July 2019, home to Khalil Gibran of which this musical production pays tribute to.

The ‘Broken Wings’ cast will be led by co-writer Nadim Naaman as Gibran, Hanna Qureshi as Selma, and Soophia Foroughi (Spamalot) as Mother. It is directed by Bronagh Lagan and features orchestrations and musical direction by Joe Davison. And will be performed by the world-renowned Qatar Philharmonic Orchestra.

‘Broken Wings’ is a piece of Arab-influenced contemporary music written to showcase the rich Arab literature and philosophy by Gibran Khalil Gibran, allowing international audience access to the complexity and beauty of Arab art.

“We chose Broken Wings primarily because of its themes; immigration; gender relations and identity, which deal with cultivating a sense of belonging in an ever-changing environment. Gibran Khalil Gibran masterfully demonstrates how loss and dislocation are fundamental pillars of life. This is a powerful portrait in a world that is seen as a significant increase in the number of refugees in the past few years. For so many displacements is a reality of life; a sensation that Gibran was familiar with,” said Dana Al Fardan, writer and composer of ‘Broken Wings.’

Nadim Naaman, the co-writer of ‘Broken Wings’ added: “The Middle East has, for many years, received touring productions of many popular Western musicals and plays. But it is now time for it to create and enjoy its heritage and culture on the stage. And more importantly, it is time for the rest of the world to enjoy artistic creations from this beautiful and historic region. Gibran himself was an international man, living between Mount Lebanon, Boston, Beirut, Paris and New York in his all-too-short life.”

“Gibran has sold ten million books in North America alone. He is currently the third best-selling poet of all time; meaning a Middle-Eastern, a feminist immigrant who outsold Whitman, Angelou, Byron, Dickinson and Poe in North America. He broke so many moulds. He captured so many hearts and minds,” explained Dana.

Dana Alfardan is an international iconic musician and was recently announced as the official ambassador of Qatar Philharmonic Orchestra and the Official Composer of Qatar Airways.

“We are proud to be bringing ‘Broken Wings’ to the people of Doha, this internationally acclaimed Arab masterpiece must gain recognition in its home ground. We are very pleased as Katara Village to provide Broken Wings with a platform to showcase this masterpiece on stage for the people of Qatar,” said Darwish Ahmad Al Shaibani, Director of Marketing and Cultural Affairs at Katara.

Qatar Airways Group Chief Executive, Akbar Al Baker, said: “Qatar Airways is delighted to be the official airline sponsor of the ‘Broken Wings’ musical, allowing the multinational audience in Qatar to revel at the beauty of Arab art. Participating in such events highlights our commitment to nurturing the arts and culture scene in Qatar, and reflects our firm belief in the unifying power of the arts and the pivotal role it plays in bringing people from all over the world together.” 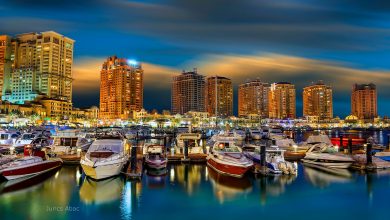 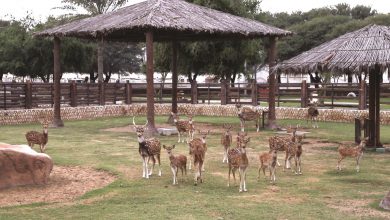 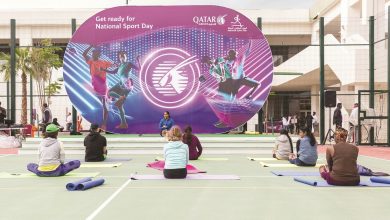