Qatar SC coach Wesam Rizik is thrilled to see his team outclass defending champions and Doha giants Al Sadd but admitted a 3-0 win was not on his mind.

A former national team player with more than 100 international caps and an ex-Al Sadd midfielder, Rizik took over the Qatar SC reigns only last month.

On Saturday, Qatar SC relied on a double by Uzbek star Sardor Rashidov (31 and 90 + 4) and a goal by Brazilian forward Kayke Rodrigues to seal a 3-0 win at Al Gharafa Stadium.

It was Qatar SC’s fourth win of the season from 10 matches.

“It was a difficult match and we got a big victory,” Rizik said after the clash.

“This was an unexpected victory for me as a coach and we were successful. Luck was on our side. But I won’t underestimate the effort of my players and what they did against a big team like Al Sadd,” Rizik, 38, added.

“We did not think of a big result like this but a 3-0 win is pleasing,” the Qatar SC coach said with a smile.

“But this loss does not make Al Sadd down. It will remain a top club.

“We have won 9 points from 3 games we have played. We have three clean sheets in the last three matches. We have overcome big teams in these three matches.

“We hope to continue in the same fashion. We owe these wins to our fans,” Rizik said.

“I know this is a better situation for us. This is not the main target. Our main target is to be in the middle of the points table,” the coach said.

“That’s the logical thing for us. I know the players and the staff are working towards the goal. We have great potential to go up. But we need results like this. We have the team character to go up.

“When I took this job, I knew the players. I know the opponents and by good work, we can reach a good level and do better than last season,” he added.

Al Sadd coach Xavi could barely hid his disappointment after the 3-0 loss.

He expressed his grief over his side’s 3-0 loss to Qatar SC in the tenth round of the QNB Stars League.

“I’m very disappointed and frustrated to lose, we had a very bad first half and in the second half we fought to the end but did not succeed in scoring goals,” Xavi said.

“Now, we have a break and we must return with a different mentality. The league is not over yet and we have to think well and overcome what happened to us during this period,” the Spanish World Cup winning star said.

When asked about the team’s preparation, Xavi said there was no effort lacking from his players in training though the match tactics shocked him.

“We were well prepared and we had excellent training but we did not translate that on the pitch. The performance in the first half and the defeatist mentality was unacceptable. I need to speak with the players about what happened in the first half. We must return strongly and play like we did in the start of the season,” Xavi said.

“We have a good team and players of the highest level, they are only exhausted because of the continuous games with the club and the national team. They have psychological fatigue and not technical, as was evident in the first half,” he said.

Asked if he feared dismissal in light of the team’s poor results, Xavi said: “I am not afraid of dismissal and I am confident of the state of my team.”

The league now breaks for 42 days and that’s good news for Xavi.

“It would be good but the players would go to the national teams and this is not a complaint, but I hope they will return without injury, so that we can prepare for the next stage,” Xavi said. 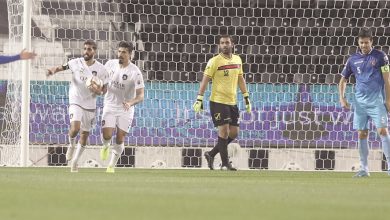 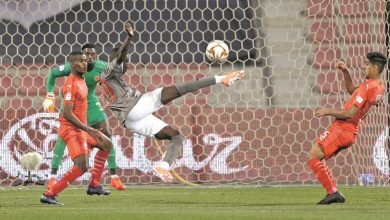 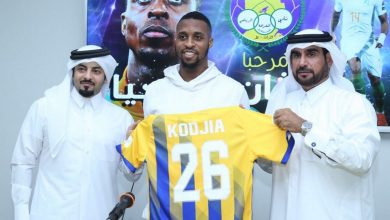 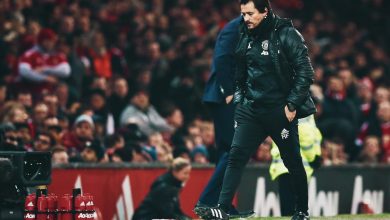