Qatar’s oldest privately owned art space, Al Markhiya Gallery continues its mission in promoting local talent through its flagship “40 Minus” initiative which witnessed the unveiling of a dual exhibition of Qatari artists at the Fire Station on Monday. Through exhibitions organised several times a year, “40 Minus” seeks to provide platform to Arab artists under the age of 40.

The exhibition “40 Minus Volume 7 Part 2” focuses on Bouthayna Al Muftah and Mubarak Nasser Al Thani’s differing yet intersecting artworks produced recently. Using various media and styles, the artists created works which, in one way or another, touch on the idea of the effects of internet and social media on the society.

In her installation “Hollow Fragments,” Bouthayna employs eclectic materials as she explores the idea of time in relation to the defining characteristics of the society particularly how culture evolves through time with the advent of globalization and the pervasive social media culture.

She conveys her thoughts on the subject applying black ink on clay, paper and fabric resulting to a thought-provoking large scale installation.

Bouthayna is known for her artistic practice which focuses on “retelling stories of the past to keep them alive and fight the deletion of authenticity and ethnicity through urbanization and globalization.”

With a Bachelor of Arts degree from Virginia Commonwealth University School of the Arts, Bouthayna’s artistic practice ranges from printmaking and typography to documentation and book binding. She is inspired by her cultural heritage and has used varied materials to create compelling installations, borrowing elements from the depths of Qatar’s history and folklore.

The rise of the masses, growth of cities and evolution of urban culture has inspired the creation of Mubarak’s body of work on show, “which explores a growing phenomenon of labeling and shaming, fueled by culture, socioeconomic status, politics and technological advancements, namely social media.”

An autodidact artist, Mubarak started his fascination with art at a young age. He received a BA from Georgetown School of Foreign Service and an MA in Urban Planning from New York University in the United States.
He completed art residency at the Doha Fire Station last year. He has exhibited in Doha, New York, and St. Petersburg and has been featured in a number of group shows internationally.

The opening night was attended by Qatar Museums Board Member H E Dr. Hessa Sultan Al Jaber and Qatar Museums Acting CEO Ahmad Musa Al Namla, along with a number of VIP guests including
H R H Prince Nikolaos and as well as prominent artists and members of the art community.

The exhibition is open for public viewing until January 17. 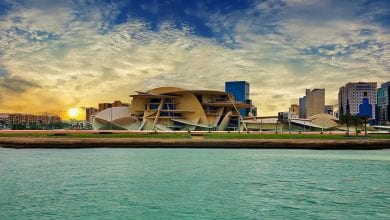 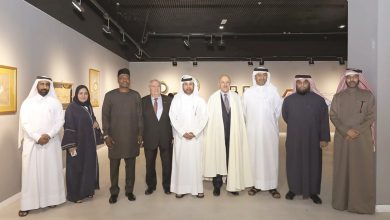 Exhibition of “Calligraphy and Illumination” opens at Katara 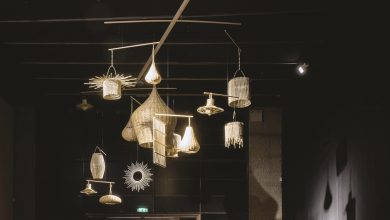 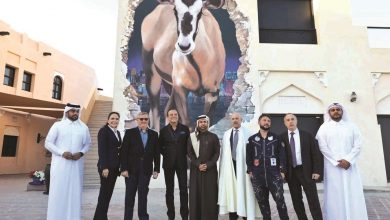 Inauguration of the “Al Maha Going Ahead,” mural at Katara