Dubbed KAWS: He Eats Alone, this show, which runs until January 25, explores KAWS’ career and vast oeuvre which includes paintings, graphic design, small-scale objects, and large-scale sculptures made over the past 20 years.

Curated by acclaimed art historian Germano Celant, this solo survey features 40 artworks representing the artist’s studio practice on view at the Garage Gallery in the Fire Station which was transformed into labyrinthine of gallery spaces designed by New York-based studio 2×4. A composition of fragmented art walls and sculpture platforms serve to both anchor and frame the works throughout the exhibition, including the titular piece He Eats Alone (2014), an early painting M2 (2000), signature character sculpture Chum (2008, black) and Accomplice (2010).

In the Fire Station’s courtyard space, the work Companion (Passing Through) (2010), a 5-metre-tall matte black figure, seated with his hands covering his eyes, has been installed. The companion figure, which was created by KAWS in 1999 and represented one of the artist’s first characters in 3D, is likewise the subject of a 40-metre inflatable, titled Holiday (2019), to be installed in Doha’s Dhow Harbour.

Some 90 examples of products and commercial collaborations designed by KAWS — among them sneakers, skateboards, and toys — are presented in the Archive located on the second floor of the Fire Station’s Café building.

“We are pleased to present this important exhibition of the work of internationally renowned artist KAWS, along with the giant public installation in Dhow Harbour,” said Sheikha Reem Al Thani, Director of Exhibitions at Qatar Museums.

“If the public reception of the recent installation of KAWS’ Small Lie (2018) at Doha’s Hamad International Airport, is any indication, the artist’s larger than life sculptures, which evoke questions of humanity and hope, will unquestionably resonate with the people of Qatar,” she added.

“I am grateful for this opportunity to show a large group of my works in Doha for the first time, and in such a complex and interesting space at the Fire Station,” commented KAWS.

Talking about the artist’s work, Celant said: “The figures by KAWS are inflected in the world through a system of global communication and distribution. They are delicate, original forms that graft into every earthly context. They bear witness to the cosmopolitan spirit of an art “without place” that is able to convey an imaginary universe, always aware of having to negotiate its presence with the already existing market of signs.

It is an acknowledgment of the iconic materials in circulation that have led us to a nomadic, and now virtual, culture. KAWS crystallizes a few of these, uprooting them from their mass profitability and making them alternative through their individuality, in keeping with a human perspective connected to the feelings of suffering and pain, boredom and sadness, which enable us to resist mass flattening and annihilation.”

KAWS’ imagery has long possessed a sophisticated, dark humor, revealing the interplay between art and consumerism, referencing both art history and pop culture.

Donnelly began his career in street art in the 90s, becoming synonymous with the name KAWS, a tag that became a staple in his advertisements and ‘sub-vertisments’ (modifications of commercial works). Later, the artist explored industrial production with KAWS Companion, Chum, and Accomplice. These large- and small-scale objects translate the noisy exuberance of graffiti into 3-D cartoon characters that recall familiar images and characters in pop culture.

By doing so, the artist is simultaneously representing the vacuity of media and, as a consumable product, the failure of art-a failure to change the world. Blindly, with Xs for eyes, these characters approach their audience with recognizable yet manipulated shapes, mutating in attempt to more easily interact with society. The formidable power of these hybrid figures, when cast as larger-than-life sculptures, speaks to a contemporary era in which image is often exchanged for persona-while their emotional stances are imbued with humanity.

Admission to the exhibition is QR50 for adults and QR25 for Qataris, residents and students. Admission is free for children under 16, Culture Pass Plus and Culture Pass Family Members, and visitors with disabilities. 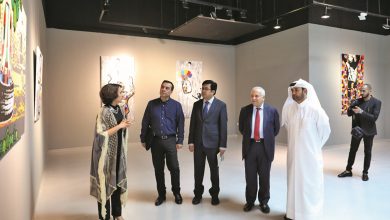 Exhibition at Katara focuses on plight of Palestinian children 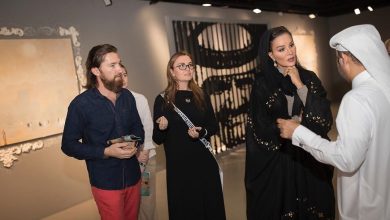 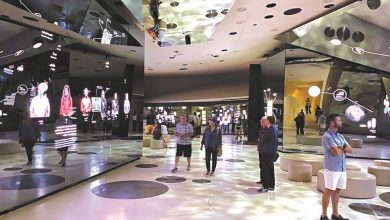 “Qatar Today” .. a new gallery at the National Museum of Qatar 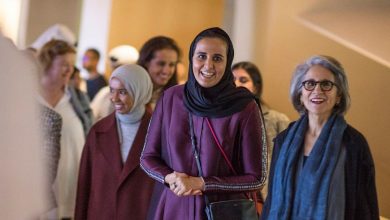