Doha, Qatar December 4, 2018. The Embassy of Sweden in Doha hosted a magical Midwinter Lucia celebration at the St. Regis Hotel, to celebrate the National Day of Sweden and honour their strong relations with The State of Qatar.

The Embassy welcomed their partners and friends in Qatar from government, agency, academia, and the private sector, to enhance the close bilateral partnerships that have developed during the last few years.

At the celebration, attended by over 800 guests, H.E. Ambassador Ewa Polano proudly stated:

“Sweden aims to create a sustainable platform for long-standing partnerships with Qatar, focused around the fact that Sweden and Qatar are both small countries with great ambitions, leading to a spirit of knowledge-sharing for mutual benefit.”

Lucia is one of the most beloved Swedish folklore traditions. Swedes celebrate Lucia just before the winter solstice, in the cold and dark month of December, inspired by people’s yearning for light and an ancient belief in recalling the sun.

Lucia, and her attendants, come with cheerful songs, dressed in winter white, wearing a crown of light. On December 4th Lucia spread her magical midwinter light in Doha for the first time.

Swedes have a close and symbiotic relationship with their beautiful yet challenging nature. Swedish products and innovations spring from this relationship, and are thus made with leading-edge quality, research and development, and responsibility towards our shared climate and environment, in mind.

The Qatar- Sweden bilateral relations culminated earlier this year when Qatar Leadership Center’s Executive Leaders Program chose Sweden for their annual learning journey. During their trip, they visited the best of Swedish industry, research institutions, and government, to benchmark the Swedish model and review best practices within high-skilled production, financial technology, R&D, academia and sustainable know-how. These 40 Executive Leaders are now working on applying the lessons learned in Sweden to their local context.

Several notable Swedish companies partnered with the Embassy in the event. The Volvo Group, representing Volvo Cars, Buses and Trucks, as well as Volvo Construction Equipment, was one of two Diamond Sponsors for the event. Mr. Faisal Sharif, Managing Director, Domasco, and Mr. Walid Dowidar, Managing Director at Arabian Agencies Company (ARACO) were both of the opinion that “We are fortunate to represent one of the world’s best-known brand that thrive to do the outmost when it comes to sustainability and a more eco-friendlier world. This has been proven in the sales of this year and will continue also 2019”

The other Diamond Sponsor and the event’s Official Airline was Qatar Airways, which celebrated the opening of its new destination to Sweden’s second largest city, Gothenburg, on December 12th. Gothenburg is one of the foremost industrial and economic centres in Sweden, and is home to several

Qatar Airways Group Chief Executive, His Excellency Mr. Akbar Al Baker, said: “The new direct flight from Doha to Gothenburg will lead to an even closer economic relationship between the two countries. It will also give tourists from Qatar and beyond direct access to the beautiful Swedish west coast, while providing Swedish tourists access to Qatar and the more than 160 destinations on Qatar Airways’ extensive global network.”

During her speech, H.E. Ambassador Ewa Polano lauded Qatar’s impressive economic performance during the last year and noted that it now stands stronger than ever before. She also praised Qatar’s successful diplomacy which has made a great impact globally and added “I am especially impressed by Qatar’s great and rapid improvements in the areas of labor reforms and Corporate Social Responsibility, and Qatar’s fruitful cooperation with the UN’s International Labor Organization, of which Sweden is a strong supporter. These improvements have not gone unnoted by Swedish business interests. More Swedish companies are now eyeing Qatar as an attractive trading and business partner”.

This increase in Swedish private sector interest has resulted in the formation of the Swedish Chamber of Commerce in Qatar (SCCQ). The Swedish Chamber represents all Swedish business interests in Qatar and aims to further the bilateral trade and investment relationship between the countries. The SCCQ Chairman Mr. Mattias Nordfeldt announced “As we speak, the Swedish Chamber is focusing on several projects with the Qatar Free Zones Authority, which should soon result in significant Swedish investments in Qatar.

A critical area of interest to the Swedish investors is financial technology. This has for the past year been a prioritized sector in the Qatar-Sweden bilateral relationship, since the visit H.E. Sheikh Abdulla bin Saoud Al-Thani, Governor of the Qatar Central Bank, to Sweden in October of 2017. Stockholm is a global fin-tech hub and ranks second in Europe after London. A concrete result of this visit is the plan to establish Qatar Fin-Tech Hub, which is about to be inaugurated early 2019, and is built upon a blueprint of best practices and shared knowledge gained during the aforementioned and subsequent visits to Sweden by Qatar Central Bank and Qatar Development Bank.

Being ranked as the most innovative economy in the world 2017, having the second highest number of startups per capita after Silicon Valley, and being a global leader in sustainable urban planning, green construction, public transportation and corporate social responsibility (CSR), Sweden has engaged in a number of knowledge sharing efforts with Qatar, focusing on research cooperation, green technologies, and smart connectivity. Additionally, road safety, in which Sweden is ranked as number one with their internationally renowned Vision Zero initiative, has been a strong focus in the past few years, resulting in an MoU being signed in April 2018 between the Qatar Transportation and Traffic Safety Center at Qatar University, and the Swedish National Road and Transport Research Institute (VTI).

The Embassy is proud to inform that visits from Qatar to Sweden have increased substantially during the last year and more requests for tourist visas and Sweden tourism info are pouring in.

Sweden is partnering with Qatar in their aim to fulfil the Qatar National Vison to be a self-sustained nation by 2030. Sweden-Qatar relations strive to mutually benefit both parties to further enhance both states’ visions to be sustainable, diversified and knowledge-based economies. 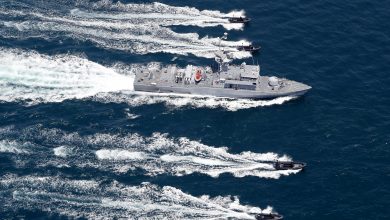 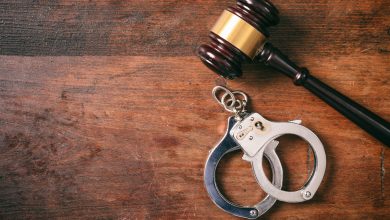