QNA
Vienna: Qatar has confirmed that it doubled the agricultural and industrial projects in the country, achieved self-sufficiency and produced food locally and will start exporting the surplus soon despite the siege imposed on it.

The statement referred to the growth witnessed by Qatar’s economy at various sectors following the siege, in addition to the plans and programmes adopted by the State to diversify its economy according to Qatar National Vision 2030.

Qatar has doubled the number of factories during the past year and has given special attention to the food sector by focusing on local production, the statement said.

In his speech, Abdullah bin Nasser Al Fahid said that after relying mainly on imports, a year after the siege, Qatar is producing a lot of food locally, adding that by the end of this year, 90 percent of dairy products would be produced locally, and there is a plan to export surplus in the near future.

The statement stressed that Qatar has managed to decrease its economic dependence on the export of oil and gas from 86 percent to 54 percent, and it’s planning to reduce more according to Qatar National Vision 2030.

The statement pointed out that structural changes have been made to the Qatari economy in order to diversify it, focusing on industrialization, diversification of employment opportunities, the involvement of youth in industrial development, and the development of the industrial sector in order to achieve self-sufficiency and meet market needs.

Al Fahid stressed the keenness of Qatar to create an appropriate investment environment to stimulate the private sector to invest in manufacturing activities, through the issuance of legislative tools that encourage participation and contribution to the achievement of comprehensive development.

He pointed out that Qatar pursues an open market economy policy and enacting appropriate legislation to create an environment suitable for legitimate competition, far from monopoly practices and protection of industrial establishments from dumping and harmful practices, in accordance with the rules and conditions of the WTO Agreement and giving priority to local products in government procurement.

He considered that this meeting had provided the appropriate basis for further cooperation in UNIDO’s contribution to the industrial development of Qatar, where Li Yong expressed the willingness of UNIDO to implement the Qatar National Vision 2030 and contribute to Qatar’s economic and social development, especially in the field of high-tech industries and medium and small industrial enterprises, in addition to training of youth to serve the development of industry, innovation, and investment in infrastructure.

With regard to the United Nations Plan for Sustainable Development 2030, Al Fahid stressed that the implementation of the objectives of this plan is a common responsibility shared by all countries of the world in order to achieve a better and more sustainable future for all peoples, noting that the Qatar is making continuous efforts at the national, regional and international levels to implement these goals.

The statement also tackled the ninth objective of development, which calls for building resilient infrastructure, stimulating comprehensive and sustainable industrialization, and encouraging innovation, noting that Qatar has provided and continues to provide assistance to developing countries to strengthen their infrastructure at the national level.

The statement pointed out that based on the objectives of Qatar National Vision 2030, a national industrial development strategy has been developed through sound planning and future vision, which will contribute to the industrial development of the country by taking advantage of the available resources from local sources to the maximum extent and at the highest level of efficiency and effectiveness. 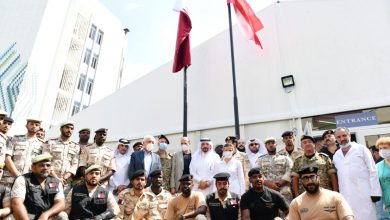 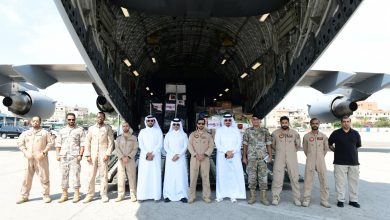 Three aircraft with aid from Qatar arrive in Lebanon 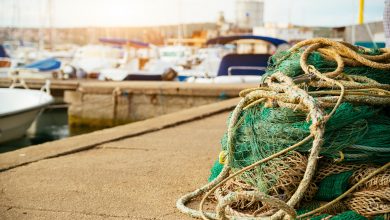 Ban on catching Kingfish in Qatar for two months