Omid Ibrahimi led from the front with two goals, in the fifth and 63rd minutes, as Al Ahli cruised to their fifth victory that took their points tally to 15 points.

Abdelrahman Mohammed (21st minute) and Mohammed Muntari (34th-min penalty) were the other scorers.

Al Ahli earned the penalty when Pedro Miguel fouled Omid, while that of Al Sadd was awarded after Majed Mohammed tripped Boualem Khoukhi.

The Brigadiers opened the scoring through an opportunistic strike by Omid who took advantage of a defensive blunder made by Khoukhi.

Al Sadd did not seem to have psychologically recovered from their defeat to Iran’s Persepolis in the AFC Champions League semifinal despite drawing the second-leg match in Tehran 1-1. The Wolves lost out 1-2 on aggregate, having lost 0-1 in Doha. Meshaal Barshim guarding the Al Sadd goal in place of injured first-choice goalkeeper Saad Al Dossari did not help their cause either.

Xavi Hernandez, Gabi Fernandez, Bounedjah, Hamed Ismail and all tried hard, but Al Sadd had a bad day out in their campaign.

The defeat dealt a serious blow to Al Sadd’s title hopes as they stayed on 17 points, five behind leaders Al Duhail who moved to 22 points following their 4-1 win over Al Kharaitiyat.

Al Ahli owed it to goalkeeper Ivan Rodrigues who was standing in for injured regular custodian Yazan Naim.

In the process, Al Sadd slipped to third in the QNB Stars League standings as Al Rayyan moved to third with 18 points after their win over Al Sailiya.

Meanwhile, Al Shahania and Umm Salal played out a 1-1 draw at the Al Arabi Stadium yesterday.

Luciano Vazquez scored for Al Shahania in the 32nd minute, a lead that was neutralised by Umm Salal through Yannick Sagbo’s penalty conversion in the 72nd minute.

Both teams created chances right throughout in the fast-paced game.

Umm Salal had a slight edge in ball possession and Mahmoud Al Mawas then hit wide of the mark.

However, it was Al Shahania who took the lead past the half-hour mark. Luciano rose above the challenge of Mohammed Kassola to nod home a cross by Kesse Amangoua from the right. It was the Argentinian striker’s fourth goal in the campaign.

Al Shahania suffered a setback when Luciano received his marching orders from referee Mohammed Al Shammari for a lunging foul on Adil Rhaili inside the box and they had to play 20-odd minutes with a numerical disadvantage.

Ivorian striker Sagbo converted the resultant penalty to take his goals’ tally in this season’s QNB Stars League to seven goals. The stalemate continued in the six-minute stoppage time too. 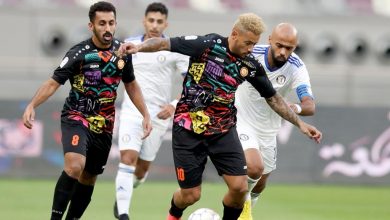 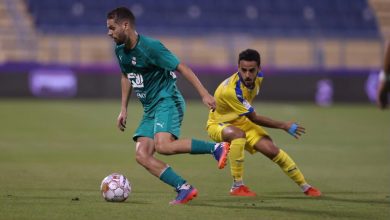 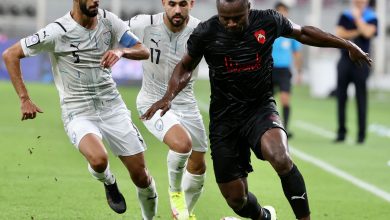