The General Directorate of Traffic and Lekhwiya have seized 175 vehicles, including 16 trucks, since the beginning of a drive that involves the removal of abandoned and violating vehicles in the Industrial Area.

Also, penalties have been imposed on a total of 655 vehicles for violations as part of the initiative, the Ministry of Interior (MoI) said in a press statement yesterday.

Within the framework of the MoI’s traffic awareness campaigns to ensure smooth traffic flow on the country’s roads, the Traffic Movement Section at the Traffic Patrols and Investigation Department, in co-ordination with Lekhwiya and the Support Services Section at the Ministry of Municipality and Environment (MME), has set up a working team to oversee the seizing and penalising of vehicles that are abandoned or left in a way that violates traffic and municipal laws, the statement notes.

The drive started on Thursday, August 16, and all violating vehicles left on streets 1 to 15 in the Industrial Area were seized. Prior to this, the required infrastructure works on the streets — such as lighting and pavement works — were completed.

Lt Col Jaber al-Kubaisi, assistant director of the patrol and investigation department at the General Directorate of Traffic, asked the owners of shops and garages to refrain from leaving vehicles on streets and in places that are not meant for parking purposes and comply with traffic and municipal laws.

All necessary legal measures would be taken against the violators, he noted.

Further, Lt Col al-Kubaisi stressed that the campaign will continue and there will be patrols roaming the Industrial Area round the clock.

For his part, Majid Zafer al-Hajri, head of Support Services at the MME, said all garages from streets 1 to 15 were asked to comply with laws regarding cleanliness and public order and ensure that no vehicles were left in front of the garages and shops in order to avoid violations.

The General Directorate of Traffic and MME have appealed to the owners of abandoned and violating vehicles and trucks to remove them from the road or transport them to designated places so that the owners of these vehicles are not exposed to violations of the traffic or municipal law.

“The main objective of this drive is to promote a culture of maintaining the aesthetic appearance of streets, as infrastructure works have been completed, and facilitate the smooth flow of traffic on roads,” the statement added. 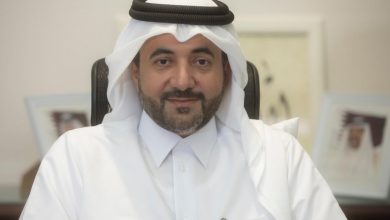 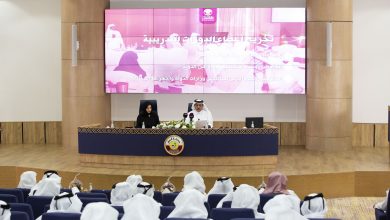