FIFA president Gianni Infantino on Friday announced the dates for the 2022 World Cup in Qatar, with the tournament to be held outside of the summer for the first time considering the climate of the host nation, the official Qatar News Agency reported.

Addressing a press conference in Moscow ahead of tomorrow’s final between France and Croatia, Infantino said the 2022 tournament will begin on November 21 and continue until December 18.

“I think this is the right decision…. In November and December, the players are going to be in tip-top shape for the World Cup because it is the beginning of the season,” he said during the press meet, a video of which was uploaded on the FIFA website.

Meanwhile, Reuters on Friday reported that Infantino did not give any new information on the whether the first 48-team tournament would be in Qatar in 2022 instead of 2026 as originally planned.

“First, we will discuss with the Qataris and then with the FIFA Council and stakeholders and decide calmly what the decision is,” he said. “For the moment, we have a World Cup with 32 teams,” he said.

Recently, the World Cup organisers in Qatar had said they were open to a 48-team event in principle if desired by FIFA. “I think it’s all in the format. If the format is done right, it could actually be an edition that is exciting,” Nasser al-Khater, assistant secretary-general at the Supreme Committee for Delivery & Legacy, had told the media in Moscow.

Infantino also lauded the organisation of the ongoing World Cup in Russia and the video assistant referee (VAR) technology used there. 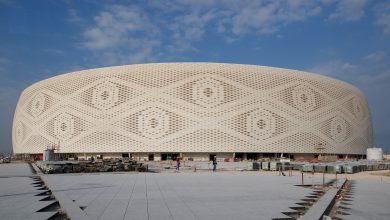