Washington: Earth is under a solar storm warning for August 3, as the National Oceanic and Atmospheric Administration (NOAA) announces there is a chance of a minor G1-class geomagnetic storm hitting our planet.

A G-1 storm can weaken power grid fluctuations, impact satellites and potentially spark auroras in regions around the northern pole – in this case the electric colors will be seen in skies over Canada and Alaska. However, it is the weakest of five classified by NOAA.

The geomagnetic storm is due to a coronal hole in the southwest region of the sun’s face that is spewing out ‘gaseous material.’

Mike Cook, who works in space weather operations, told DailyMail.com that the hole has enhanced solar wind speeds by shooting solar winds out in a stream. He also notes that it is forecasted to cause G-1 conditions, but we will have to ‘see if that comes true in the next 24 to 48 hours.’

NOAA’s space weather prediction center classifies geometric storms in five stages – one being the weakest and five the strongest.

And the one set for this week will have a very low impact on satellites and technologies on Earth. It may, however, confuse migratory animals that uses Earth’s magnetic field as a navigational tool.

This is because geomagnetic storms trigger electric currents in the magnetosphere and ionosphere as the area shaped by Earth’s magnetic field is compressed and disturbed.

There was also a C9.3 flare that shot out of the sun on Sunday. C-class flares are small with few noticeable consequences on Earth, but they are exciting to see.

This one, however, did not erupt on the side of the sun facing Earth, but it exploded enough to be captured by NASA’s Solar Dynamics Observatory – a craft that has been investigating our massive star since launching in 2010.

It takes 169,090 hours to reach the sun if you were traveling approximately 550 miles per hour.

‘The C9.3 flare yesterday was from a region that technically isn’t even on the Earth facing disk yet, it’s just around the NE [north eastern] limb,’ Cook told Dailymail.com.

‘And solar flares themselves do not cause geomagnetic storming, it is only if a CME (coronal mass ejection) is associated with a flare AND Earth directed.

The snake-like filament are CMEs, which are large expulsions of plasma and magnetic field from the sun’s corona – the outermost layer of a star’s atmosphere.

The Earth experienced a solar storm on July 19 that brought along stunning auroras to the northern US and Canada.

The storm made headlines over the weekend when Dr Tamitha Skov announced she spotted a ‘snake-like filament’ on the sun’s surface Friday – and it was moving toward the Earth strike zone.

Auroras were seen earlier Friday morning, right when the storm hit, filling the northern skies with stunning electric shades of purples and greens.

Cook DailyMail.com on July 19: ‘There have been several CME [coronal mass ejections] eruptions the last few days (solar storms) but there is also a Coronal Hole (the black hole like structures) which is center disk.’

‘We should see impacts from that in the next 2-3 days.’

And is correct, the cosmic show is not over – the National Oceanic and Atmospheric Administration (NOAA) Space Weather Prediction Center (SWPC) shows a G1-Class is expected to impact our planet as early as Thursday and late as Friday. 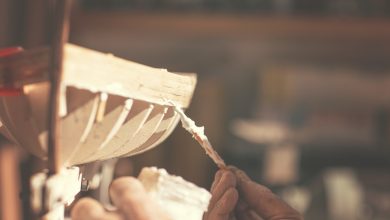 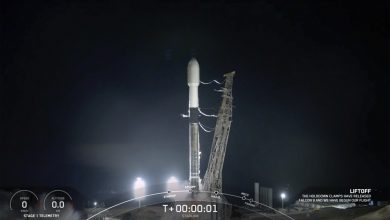