Doha: The five-day Qatar Goodwood Festival 2022 kicks off Tuesday, and lasts until next Saturday at the famous historic Goodwood racetrack in Britain under the exclusive sponsorship of Qatar since 2015, and with total prize money of about 5 and a half million pounds sterling.

The festival, thanks to the sponsorship of the Qatar Racing and Equestrian Club, has reached new heights, becoming a meeting place for the best and most prestigious horse racing stars in the world, and has also turned into a global celebration of this ancient sport due to the diversity of categories of large numbers of fans who are keen to attend this wonderful festival.

One of the most prominent events of the opening day of the festival tomorrow is Al Shaqab Goodwood Cup, the first category of thoroughbred hybrid horses, which was first held in 1812, and has a distance of 3200 meters, while its total financial prizes amount to half a million pounds, and its title has been won throughout its long history by a huge number of long-distance racing champions, the most prominent of which is the horse Stradivarius which has won the Grand Title 4 times so far, and it is returning again this year in an effort to regain his title after it was taken by the horse Trueshan last year, and then his trainer Alan King gifted him his first victory of the first category at this high level, and therefore the confrontation will be very strong and heated between these two champions, however, it is expected that the competition between them will not be limited, but each of them will have to give their best, and they also face the rising star pony Kyprios (Galileo), who won a well-deserved strong victory when winning the Ascot Gold Cup of the first category last month.

On the day after the festival Wednesday, attention is focused on the Qatar International Stakes, the first category of thoroughbred Arabian horses, over a distance of 1600 meters, which was held for the first time in 2015, and is considered the largest run of its kind in terms of prize money in Britain and also in Europe, with a total prize money of 400 thousand pounds sterling, and has become one of the highlights of the thoroughbred Arabian horse racing program worldwide.

The race on Wednesday also includes the Qatar Sussex Stakes of the first category, which is one of the most important 1600-meter runs for thoroughbred hybrids in the world, and the list of winners over the past ten years includes champions and stars Too Darn Hot, Kingman, and Frankel, with a total prize money of one million pounds, and one of the strongest candidates to win it this year is the pony Baeed who won all the nine participations until now and will finish its way on the racetracks by the end of the current season despite the strong competition Baeed is waiting from the pony Kurubas who has scored two wins of the first category so far, as well as from the filly Alcohol Free the reigning champion from last year, which regained its strong level again with a new first-class victory at Newmarket earlier this month.

On the third day of the Qatar Goodwood Festival Thursday, participation in all the race runs on that day is limited to females, the most prominent of the runs is the Qatar Nassau Stakes of the first category for female thoroughbred hybrids, which has a total financial prize of 600 thousand pounds, and witnesses the participation of 11 horses and a filly led by the three-year-old filly Nashwa, it is worth noting that 3-year-old fillies always achieve great results in this run, and if Nashwa performed the same as when she won the Diane prize in the first category last month, she made her second victory in the first category and with the same wonderful jockey Hollie Doyle, and Lilac Road and Dreamloper look the two main competitors to the filly Nashwa this time.

On the penultimate day of the festival on Friday, the Qatar King George Stakes, the second category of thoroughbred hybrids, tops the scene as one of the most important and prominent speed runs of the season, won last year by the filly Suesa under the supervision of trainer Francois Roux, who returns from France in the list of “Entries” for this year’s run, which so far includes 32 horses, including the pony Ebru River (King of Al Shaqab Racing), whose record includes a victory in the first category.

The last two days of the festival, Friday and Saturday, usually include a number of strong and large parity runs, such as the Stewards ‘ Cup for thoroughbred hybrids held next Saturday, the first edition of which was held in 1840, and this run is characterized by a large number of horses participating in it, as up to 30 horses can compete at a distance of 1200 meters.

The last Category run of the festival will be held on the final day, Saturday, which is the Qatar Lilly Langtry Stakes of the second category for female thoroughbred hybrids, and the list of entries for this run includes 26 horses and fillies so far, the foremost of which is the filly Free Wind under the supervision of trainers John and Thady Gosden, which has an impressive record of winning 5 times in 6 entries so far, including a win from the third category and two from the second category, the last of which was at Haydock earlier this month in the first her posts this season.

Qatar Racing & Equestrian Club’s sponsorship of the Qatar Goodwood Festival continues through a ten-year sponsorship agreement since it established its position on the world stage in 2015, which has become one of the largest sponsorship agreements in the world of horse racing in Britain, and the momentum and success of the festival is increasing through the cooperation of the club with its partners represented by Qatar Airways, the official permanent carrier of the Qatar Goodwood Festival, Qatar Tourism, Visit Qatar and Education Above All Foundation. 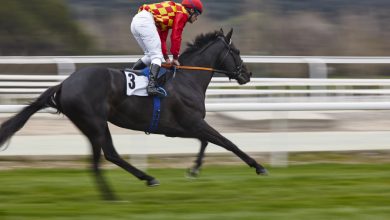 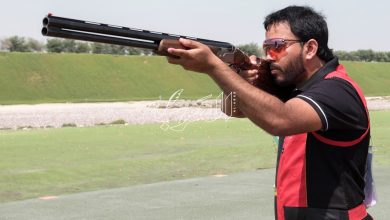 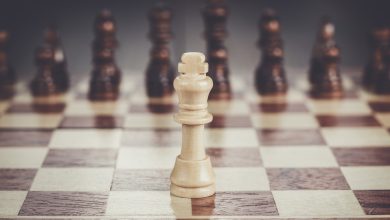 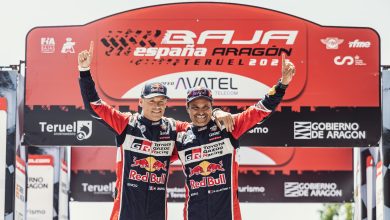