Doha: The Supervisory Committee of Beautification of Roads and Public Places in Qatar announced the completion of Dukhan Road beautification works from Al Wajba Interchange to Al Sheehaniya Interchange.

Additionally, the pedestrian and cycling paths were connected from Al Seej Area to the pedestrian path in Al Riffa Street and from umm leghab to Al Sheehaniya Interchange and from it to the roundabout leading to Camel Racing track Area and Al Wajba Interchange. In addition, trees were planted alongside the road and the median 3kms in length in Al Wajba Area and through Al Wajba Interchange. This was done in continuation of the committee’s plan to beautify several roads in the country, in order to create a healthier, and more sustainable environment, increase life quality and develop the civilized scene in different areas in the country. 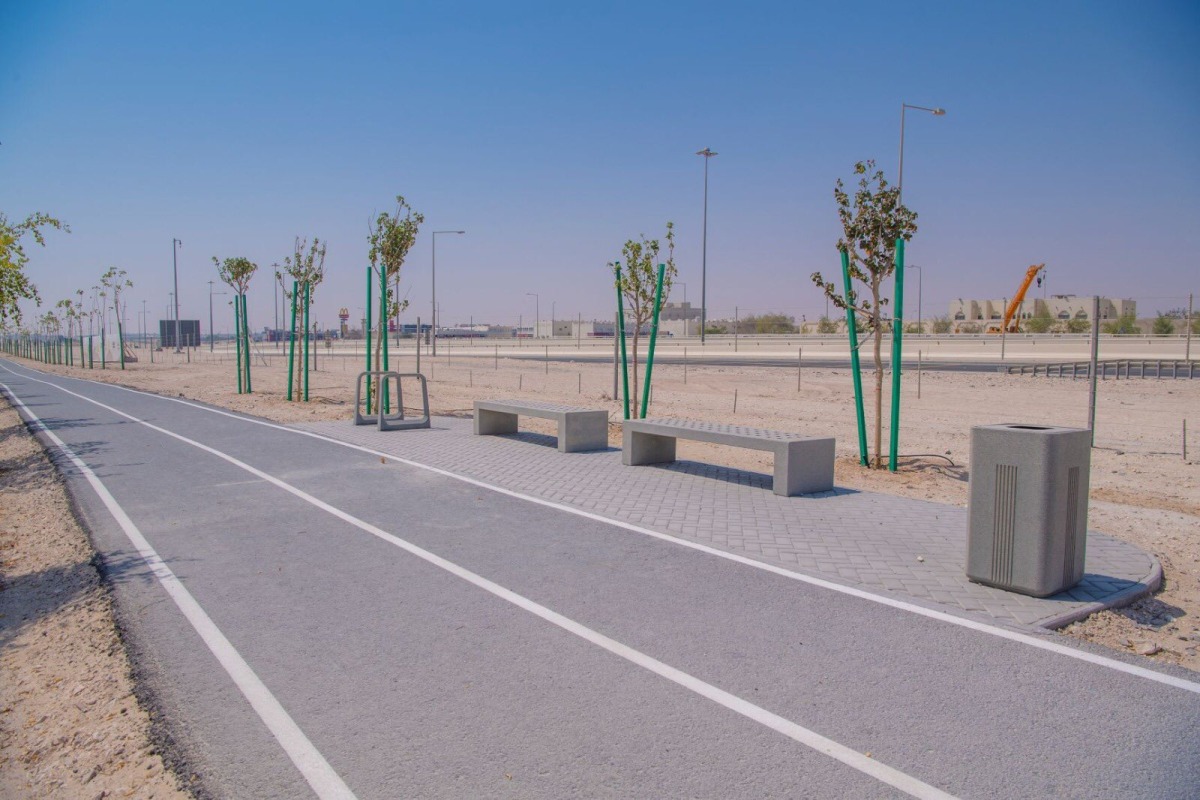 On this occasion, Eng. Sara Kafood, Deputy Chairman of The Supervisory Committee of Beautification of Roads and Public Places in Qatar said, “we take into consideration a number of goals that we aim to achieve through our projects, that are in line with the country’s strategy in achieving environmental sustainability. One of the most important pillars of Qatar National Vision, is contributing to the protection of the environment and its natural balance.”

She added, “the urban development that the country is witnessing must be accompanied with the enhancement and improvement of the environmental sustainability efforts. In turn, the beautification of Dukhan Road contributes to the increase green spaces share per capita, increase their percentage in the region, contributes to reducing temperature, improve air quality, work as windbreaks that trigger sand and dust during the summer months, as it also encourages exercising in a healthy and safe environment, creating an aesthetic and civilized imprint on the road, which makes the lives of drivers and pedestrians much safer and enjoyable.” 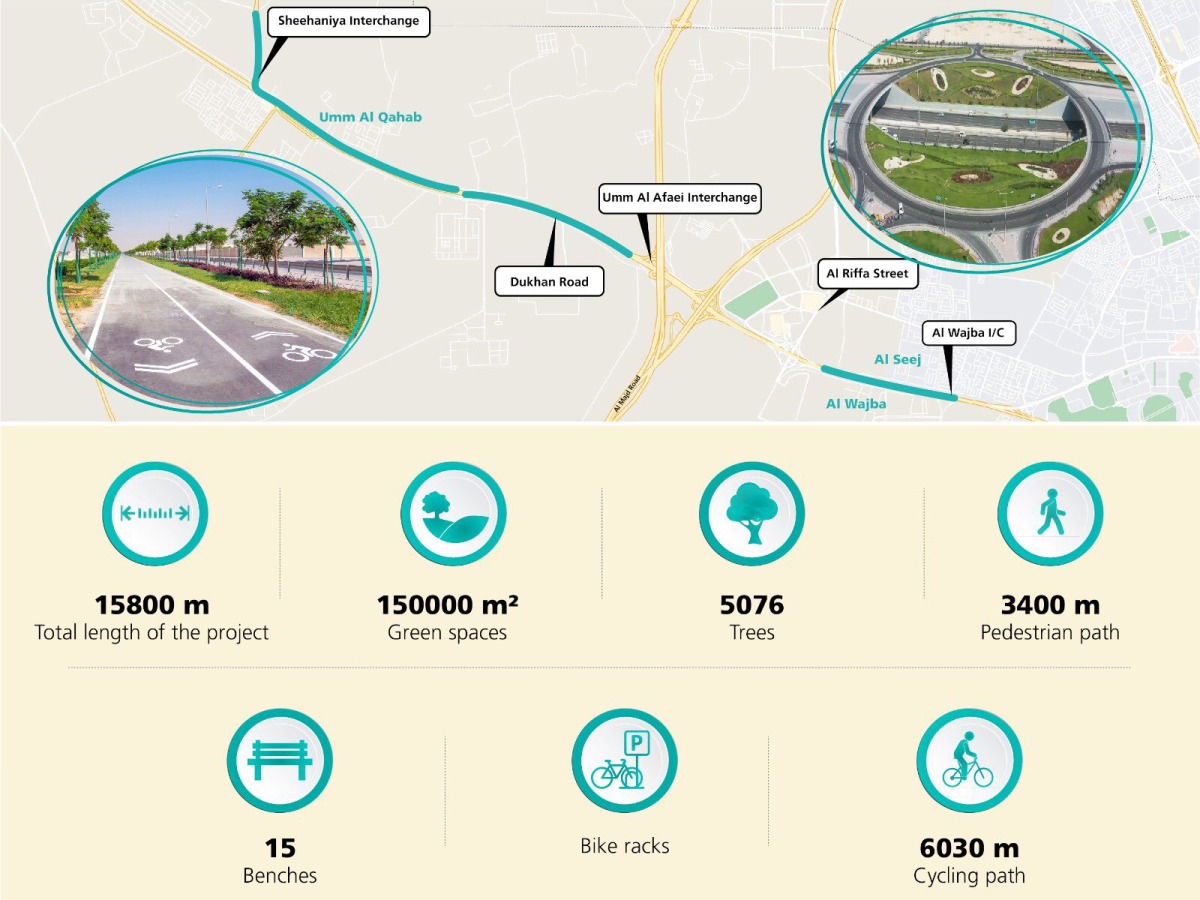 Regarding the benefits of the projects and the most important main works that are implemented Noof Al Enazi, Project Planning Engineer said, “the project aims to beautify Dukhan Road and connect the pedestrian and cycling paths from Al Seej area to the cycling path in Al Riffa street, and from umm leghab to Al Sheehaniya Interchange and from there to the roundabout leading to Camel Racing Track. The project also included trees planted on the sides of the highway and in the Median Island with a length of 3km in Al Wajba area, passing by Al Wajba intersection, in addition to planting trees in the sides of the road right after Umm Al Afaei intersection reaching to Al Sheehaniya Interchange with a length of 9km, and planting trees in the sides of the pedestrian and cycling paths.” 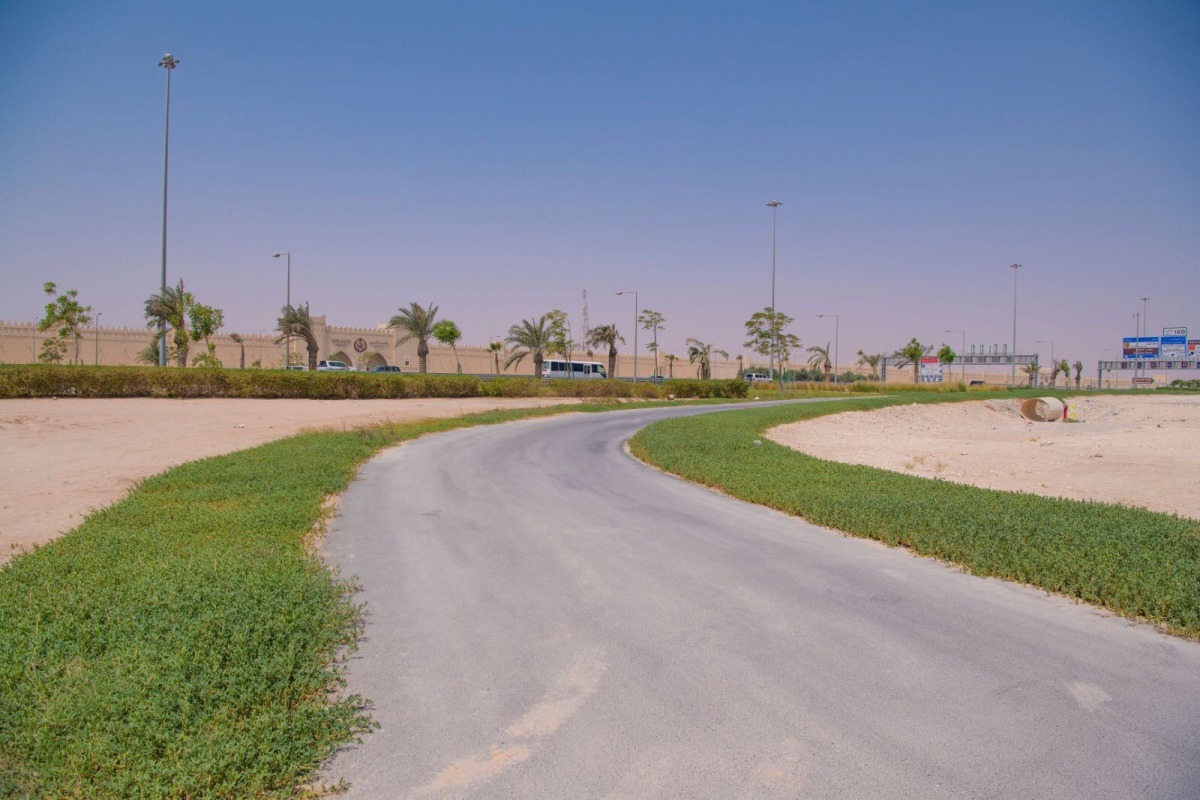 She added, “the committee has implemented several main works that included planting green spaces with an area of 150,000 m² and 5,076 trees that vary between palm, local trees and trees that adapt with the Qatari environment, we also implemented a pedestrian path of 3,400m and a cycling path of 6,030m, to encourage a healthier lifestyle and the use of alternative transportation means to reduce pollutants emitted from vehicles exhausts, in addition to providing 15 benches, bike racks and garbage containers to ensure the comfort of road users.

The total length of the project is 15,800 m, and the beautification works are considered to be a great addition to the project’s site, as Dukhan Road is one of the vital roads that serve road users of Ahmed Bin Ali stadium, one of the stadium that will host the 2022 World Cup and the rest of commercial and residential facilities in the region. 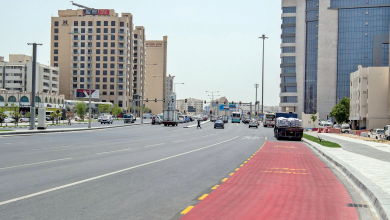 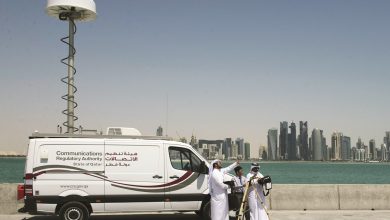 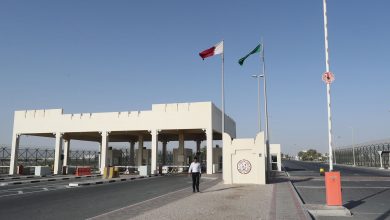