Doha: Qatar Museums has completed its preparations for the reopening of the Museum of Islamic Art in the fall of 2022, following its renovation and development to ensure an attractive environment for its visitors from around the world during the FIFA World Cup Qatar 2022.

Deputy Director of Curatorial Affairs at Museum of Islamic Art Shaika Al Nassr said, in exclusive statements for Qatar News Agency (QNA), that the museum project in its new look included developing its interior and outdoor areas to facilitate the flow of visitors and to serve the largest possible number of them. This was achieved by re-designing the entrance, retail stores and several other facilities, with the aim of providing a distinctive experience.

Al Nasr indicated that all the improvements that were made to the building are in line with the vision of the designer (I.M. Pei) and were implemented in cooperation with the Public Works Authority (Ashghal) and in coordination with the French company Wilmotte and Associates Architects.

On the most prominent features of development included in the museum, Al Nassr said that a hall was allocated for a 3D show that narrates the journey of building the Museum of Islamic Art and provides a historical documentation that allows visitors to visualize the museum building within the context of urban development witnessed by modern Doha.

She pointed out that the permanent galleries have been developed in a way that allows providing a new and comprehensive path for visitors through providing an extensive interpretive content that places the artworks within an understandable and purposeful context to explore the Islamic heritage. The museum is keen on using multimedia to present content, creating a cultural family friendly environment that attracts parents and children alike.

Al Nasr explained that the features of renovation and developments included building completely new sections in the Museum of Islamic Art. She noted that a hall will be allocated to narrate the history of the Quran, using multimedia, and its impact on the Islamic civilization; a hall to describe Islamic religious practices and the impacts of these practices which include prayer, pilgrimage Umrah on the culture and arts produced by Muslim peoples.

She noted that the focus will be on the importance of science, learning and education in the Islamic world and linking these topics to the curricula, as well as introducing some regions of the Islamic world which are usually underrepresented in Islamic art exhibition halls in the world such as Islamic art in Southeast Asia.

Regarding the museum’s preparations to host the visitors during the FIFA World Cup Qatar 2022 and the most important displayed artifacts during that period, Deputy Director of Curatorial Affairs at Museum of Islamic Art revealed that the museum will display artifacts that haven’t been displayed before, represent around 70% of the displayed artifacts, among these artifacts will be a page of the Blue Quran from Spain or North Africa, dating back to Umayyad Andalusian period 3rd century AH (9th century AD) and written in golden ink. She pointed out in this context that this page, written in golden letters in Kufic script on parchment dyed in indigo, is part of a unique Qur’an manuscript. Al Nasr added that a Kiswah (which is hung at the door of the Holy Kaaba) dating back to the Ottoman era will also be displayed.

On the other hand, Al Nasr noted that the museum’s development strategy also focused on the issue of making it suitable for families, explaining that 12 interactive stations have been allocated in the museum halls where children will be able to learn about various topics related to Islamic civilization and art such as astronomy, coins, Islamic decorations, Andalusian gardens, jewelry, and gemstone.

In this context, she mentioned that ID cards were provided for the museum’s displayed artifacts written in a beautiful and clear style. These ID cards allow young adults to easily read and understand their content which encourages dialogue between family members, in addition to providing a content that tells the visitor the story of Islamic culture in a scientific and attractive manner.

In terms of programs and activities accompanying the opening of the museum in its new form, Deputy Director of Curatorial Affaires at Museum of Islamic Art stated that an activity hall has been allocated for families and young adults on the fourth floor and several programs will be launched such as ‘Behind the Scenes of the Museum’ which targets the youths interested in the field of arts and museums.

In this context, Al Nasr explained that the “Junior Museum Curator” program will be launched. The program depends on the efforts of youths who will supervise the establishment of their own exhibition by following practical steps, and the public will be able to view their exhibition.

She indicated that the ‘Youth Gathering at the Museum of Islamic Art’ program, which is an unofficial gathering, will be launched on Saturdays where the youths can establish their own creative programs with the support and guidance of the museum’s staff.

The Museum of Islamic Art holds the best collections of Islamic art from around the world, centuries-old masterpieces and wonders from three continents and reflect the diversity and richness of Islamic heritage. 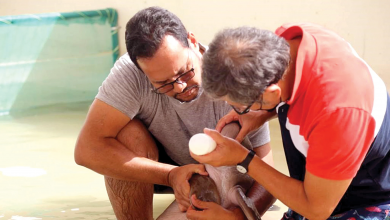 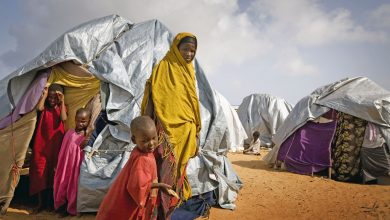 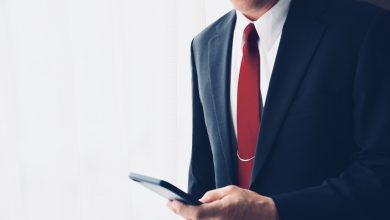