London: MP for the ruling Conservative Party, former Secretary of State for Scotland and member of the All-Party Parliamentary British-Qatari Group David Mundell praised the close cooperation between the State of Qatar and the United Kingdom in the organization of the FIFA World Cup Qatar 2022.

In statements to Qatar News Agency (QNA), Mundell underlined that there is a close cooperation between the UK and Qatar in preparing for the World Cup at the present time, referring to meetings between the organizers of the London 2012 Olympics and the World Cup organizers in Qatar to benefit from the British expertise in the field of insurance.

He noted that the UK is interested in this tournament because England had qualified for it, in addition to the possible participation of Scotland or Wales in the tournament as well, adding that coordination between the Qatari and British sides will certainly continue throughout the tournament.

He praised the International Labor Organization’s report, saying it was very clear in its assertion that Qatars record in the rights of the World Cup workers have improved significantly.

“There have been many baseless media reports about this file, and I believe that hosting the World Cup in Qatar was a positive factor in improving workers conditions, as it witnessed a great development.” On the other hand, the British MP emphasized the importance of the relations between Qatar and the United Kingdom in the fields of security, energy, culture and sports, especially with the approaching of the World Cup; stressing that the relations between the two countries as based on mutual trust and distinguished relations.

He welcomed the visit HH the Amir Sheikh Tamim bin Hamad Al-Thani to the UK, noting that everyone in Britain greatly welcomes the visit of His Highness.

MP Mundell noted that HH the Amir’s visit and his meetings with senior British officials will be very important, especially in light of the war in Ukraine, which will be at the top of the discussions agenda because of its geopolitical repercussions on the entire world.

He added that energy security issues will also be strongly present in the meetings between HH the Amir and the British officials, affirming that the two sides will work closely for further cooperation in this field.

On the military relations and defense cooperation, Mundell said that this issue will be among the most prominent between the Qatari delegation and British officials, noting that the relations in this field are in continuous prosperity, and the best evidence of this is the British Typhoon fighter deal which was concluded with the State of Qatar.

The British MP praised the Qatari diplomacy and its active role in a large number of international issues and crises, saying: “Britain appreciates what Qatar did in the Afghan crisis last summer and the great role it played. I visited Doha and saw with my own eyes the places that Qatar provided for the refugees.” Mundell added that he had witnessed the support provided by Qatar to Britain and other countries in the evacuation of diplomats and ensuring the provision of humanitarian aid; noting that it was also important to have a channel of communication and dialogue with the new government in Afghanistan, and that was through Qatar. “We value the great role carried out by Doha in this regard,” he said.

On the energy crisis that Britain and the world in general are going through, Mundell said that Qatar is one of the most important LNG producers in the world. “I hope that Qatar will play a major role in solving the energy crisis in Britain and Europe in general, especially with the huge increase in oil and gas prices due to the ongoing war in Ukraine. Energy security issues will certainly be high on the agenda of the talks between HH the Amir and the British Prime Minister during the visit.” Regarding the Qatari investments in the UK, MP David Mundell stressed the significance of the Qatari investments in Britain, pointing to huge investment opportunities in the field of infrastructure, especially in light of the great openness in Britain’s trade cooperation with the rest of the world after the withdrawal from the European Union (Brexit). 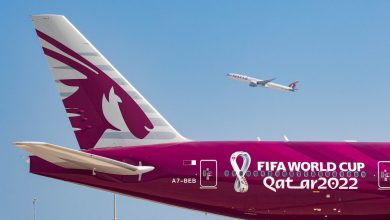 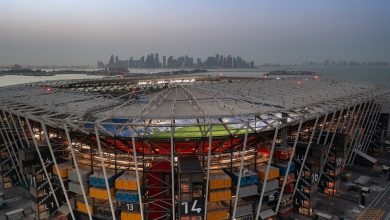