The tournament will be conducted in accordance with the rules and regulations of the International Table Tennis Federation (ITTF) and the World Table Tennis Foundation (WTT) and will be held in a separate category which has been established for singles and doubles competitions for under 15-year-old for both Boys and Girls as well as singles and doubles competitions for ages under 19 (for both Boys and Girls).

In addition, the activities of the International Table Tennis Camp for youth under 15 and 19, hosted by the State of Qatar since the beginning of this March, will conclude on Tuesday at the Aspire Indoor Hall, with the participation of 43 people, including players and technical teams, representing nine countries from all continents.

The training camp was a resounding success considering the participation of the world’s top ranked players in the age categories, in addition to six of the most prominent Qatari national team players in the U-15 and U-19 age categories: Abdullah Abdul Wahhab, Khaled Al Yafei, Sultan Khalid Al Kuwari, Ahmed Eid Al Qarni, Rawad Al Nasser and Shawq Abdullah. 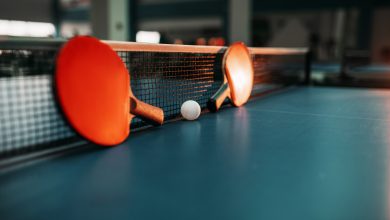 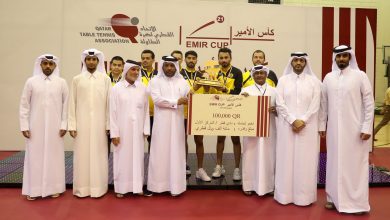