At the outset of the meeting, the Cabinet praised the results of the 6th Summit of the Gas Exporting Countries Forum (GECF), which was held Tuesday in Doha under the patronage of HH the Amir Sheikh Tamim bin Hamad Al-Thani and with the participation of a number of Their Excellencies, Heads of State and Government, delegations of friendly countries, senior officials and experts in the field of energy.

The Cabinet valued the speech of HH the Amir at the summit opening, in which he stressed the strengthening of Qatar’s role in the natural gas industry, and its continued role in supporting efforts to protect the interests of gas exporters and preserve the interests of consumers, as well as underscoring the importance of GECF’s role and member states’ efforts to provide reliable natural gas supplies to global markets, maintain market stability, and contribute to supporting economic development, social progress and environmental protection. Also, the Cabinet hailed His Highness’ call for strengthening dialogue and cooperation between member states on the one hand, and between exporters and importers on the other.

The Cabinet affirmed that the Doha Declaration, which was adopted by the summit, establishes a new stage in the GECF path and charts the future path for the gas industry and its development, making it more capable of ensuring clean energy supplies in the world.

The Cabinet welcomed the results of the fruitful talks held by HH the Amir, with HE President of the People’s Democratic Republic of Algeria Abdelmadjid Tebboune and HE President of the Islamic Republic of Iran Ebrahim Raisi within the framework of the two state visits they made to the State of Qatar prior to their participation in the GECF Summit, during which a number of agreements and memoranda of understanding were signed to develop and expand cooperation in various fields between the State of Qatar and, each of the People’s Democratic Republic of Algeria and the Islamic Republic of Iran, in addition to exchanging views on regional and international issues, and the joint endeavor to enhance security and stability in the region and the world.

Then, the Cabinet listened to the explanation given by HE Minister of Public Health Dr. Hanan Mohamed Al Kuwari on the latest developments to limit the spread of the coronavirus (COVID-19). The Cabinet affirmed the continuation of the precautionary measures that have been taken to combat the pandemic.

First – The Cabinet approved a draft decree on the unified customs tariff.

Second – The Cabinet took the necessary measures to ratify:

1- An agreement for cooperation and joint news exchange between the Turkish Anadolu Agency (AA) and the Qatar News Agency (QNA).

2- An agreement on mutual exemption from entry visa requirements for holders of diplomatic, special, official and ordinary passports and mission passports between the State of Qatar and the Oriental Republic of the Uruguay.

Third – The Cabinet reviewed a report on the results of the work of the coordination committee between the entities operating at Hamad International Airport for the period from 1/4 to 30/9/2021, and took the appropriate decision in this regard.

This committee, established in the Civil Aviation Authority, is specialized, among other things, with coordinating work between all entities operating at Hamad International Airport, to facilitate operations and activities of air transport and the movement of aircraft, passengers, goods and mail to and from the country, in accordance with the laws and regulations in force, and to provide the necessary requirements to facilitate the work of the airport’s activities. 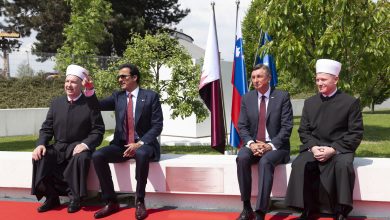 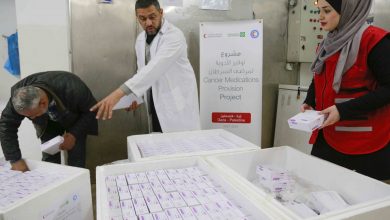