The match was postponed as many Al Wakrah players were infected with coronavirus then.

Al Sadd consolidated their lead on top of the table with 40 points and an unbeaten record, the only team to do so, with two matches in hand, against Qatar SC and Al Rayyan (Qatar Derby). It was The Wolves 13th victory from 14 matches.

The match witnessed the debut of Al Wakrahs Algerian recruit Boualem Mesmoudi, who was roped in as replacement for Malian Ousmane Coulibaly. Mesmoudi, however, received a red card in the 78th minute for fouling Al Sadd star Akram.

Al Wakrah tried to hit back and their first response came in the 24th minute with a strong shot by defender Lucas Mendes from outside the penalty area, which goalkeeper Meshaal Barshim managed to save for a corner kick.

The excitement continued and Al Sadd scored their third goal in the 33rd through Al Haydous, with Ali Asad playing a role in it.

Down by three first-half goals, Al Wakrah tried to come back strongly into the game at the beginning of second half and tested the Al Sadd goalkeeper, meanwhile, Akram scored his second and teams fourth with almost a solo effort.

Ayew added their fifth goal after he took advantage of a cross from Santi Cazorla by heading it into the net.

Even as Al Wakrah sought to reduce the margin, Abdelkarim Hassan rounded off the tally for Al Sadd in stoppage time. 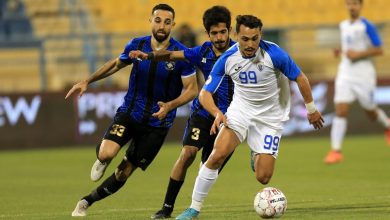 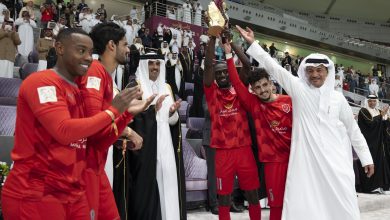 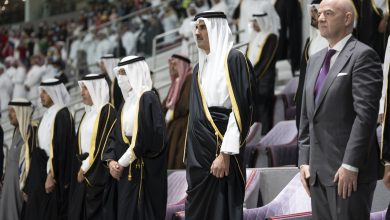