With the help of the CHEOPS space telescope, an international team including researchers from the Universities of Bern and Geneva as well as the National Centre of Competence in Research (NCCR) PlanetS, was able to detect the deformation of an exoplanet for the first time. Due to strong tidal forces, the appearance of the planet WASP-103b resembles a rugby ball rather than a sphere.

On coasts, the tides determine the rhythm of events. At low tide, boats remain on land; at high tide, the way out to sea is cleared for them again. On Earth, the tides are mainly generated by the moon. Its gravitational pull causes an accumulation of water in the ocean region below, which is then missing in surrounding regions and thus accounts for the low tide. Although this deformation of the ocean causes striking differences in level in many places, it is hardly recognisable from space.

On the planet WASP-103b, tides are much more extreme. The planet orbits its star in just one day and is deformed by the strong tidal forces so drastically, that its appearance resembles a rugby ball. This is shown by a new study involving researchers from the Universities of Bern and Geneva as well as the National Centre of Competence in Research (NCCR) PlanetS, published today in the scientific journal Astronomy & Astrophysics. This finding was made possible thanks to observations with the CHEOPS space telescope. CHEOPS is a joint mission of the European Space Agency (ESA) and Switzerland, led by the University of Bern in collaboration with the University of Geneva.

The planet WASP-103b is located in the constellation Hercules, is almost twice the size of Jupiter, has one and a half times its mass and is about fifty times closer to its star than Earth is to the Sun. “Because of its great proximity to its star, we had already suspected that very large tides are caused on the planet. But, we had not yet been able to verify this,” explains study co-author Yann Alibert, professor of astrophysics at the University of Bern and member of the NCCR PlanetS.

The NASA/ESA Hubble Space Telescope and NASA’s Spitzer Space Telescope had already observed the planet. In combination with the high precision and pointing flexibility of CHEOPS, these observations enabled the researchers to measure the tiny signal of the tidal deformation of the planet light years away. In doing so, they took advantage of the fact that the planet dims the light of the star slightly each time it passes in front of it. “After observing several such so-called “transits,” we were able to measure the deformation. It’s incredible that we were able to do this — it’s the first time such an analysis has been done,” reports Babatunde Akinsanmi, a researcher at the University of Geneva, co-author of the study and NCCR PlanetS associate.

The planet is inflated

The researchers’ results not only allow conclusions to be drawn about the shape of the planet, but also about its interior. This is because the team was also able to derive a parameter called the “Love number” (named after the British mathematician Augustus E. H. Love) from the transit light curve of WASP-103b. It indicates how the mass is distributed within the planet and thus also gives clues about its inner structure. “The resistance of a material to deformation depends on its composition,” explains Akinsanmi. “We can only see the tides on Earth in the oceans. The rocky part doesn’t move that much. Therefore, by measuring how much the planet is deformed, we can determine how much of it is made up of rock, gas or water.”

WASP-103b’s Love number is like Jupiter’s, our Solar System’s biggest gas giant. It suggests that the internal structures of WASP-103b and Jupiter are similar — even though WASP-103b is twice as large. “In principle, we would expect a planet with 1.5 times the mass of Jupiter to be about the same size. Therefore, WASP-103b must be highly inflated due to heating by its nearby star, and perhaps other mechanisms,” says Monika Lendl, professor of astronomy at the University of Geneva and co-author of the study.

However, since the measurement uncertainty in the Love number is still quite high, future observations with CHEOPS and the James Webb Space Telescope will be needed to decipher the details of the tidal deformation and internal structure of WASP-103b and comparable exoplanets. “This would improve our understanding of these so-called ‘hot Jupiters’ and allow a better comparison between them and giant planets in the Solar System,” Lendl concludes. 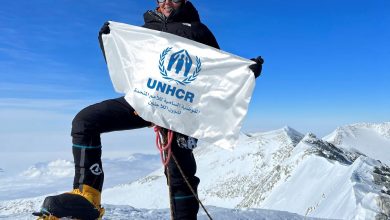 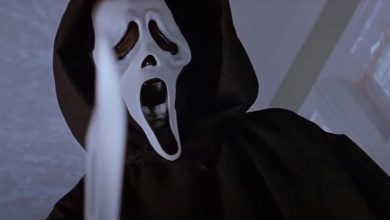