Doha: ​The Supervisory Committee of Beautification of Roads and Public Places in Qatar announced opening of Al Gharrafa Park to public, through the event organized on Thursday, 16th December 2021. Students with special needs from Al Shafallah Center participated in the event and planted trees in the park, as part of “Qatar Beautification and Our Kids Planting Trees” campaign to “Plant Million trees”, implemented by the Committee in cooperation with the Ministry of Municipality.

Al Gharrafa Park is considered as one of the new central parks that serve residents in multiple areas, including Al Gharrafa, Garrafat Al-Rayyan, Izghawa, Al Kharaitiyat, Al Luqta and Al-Rayyan. The Park is located in Al Gharrafa on an area of about 50,000 m2 to serve around 3000 daily visitors of all age groups.

The system also relied on a design that ensures use of environmental elements such as some types of trees and climb vines, which in turn work to circulate cool air and reduce its leakage to maintain cold air inside the tracks, reducing temperature by 10 degrees without mechanical intervention, in addition to installing specially modified air conditioners based on internal studies carried out by Ashghal team.

The Islamic Mashrabiya-style structures are installed to allow air circulation from air conditioners, with a solar panel cover that serves as a cover along the corridor and generates electricity and providing a plant fence at a suitable height along the corridors, in addition to planting fast-growing climber veins that cover the pedestrian tracks from all directions.

It is worth noting that rubberized floors are laid with colors that help reducing absorption of temperatures. It also includes provision of vacuum seats that can be used to sit and circulate air inside the corridors. Multiple tests were conducted to determine the air-conditioning devices to automatically match the temperatures and distribute them in an appropriate manner and certain openings.

Solar panels generate electricity to operate air conditioners if the ambient temperature does not exceed 37°C, without the need to use conventional air conditioners, thus saving 60% of required electrical energy.

On his part, Eng. Yousef Abdul Rahman Al Emadi, Director of Projects Affairs at Ashghal clarified that Ashghal is working on implementing the projects of the Supervising Committee for Beautification of Roads and Public Places in Qatar including construction of parks, green spaces and planting trees in various parts of the country in line with the government strategy to achieve environmental sustainability, one of the important pillars of Qatar national development strategy to achieve Qatar National Vision 2030.

He added saying, Al-Gharafa Park is distinguished as a central park such as Rawdat Al-Hamamam Park, Rawdat Al-Khail Park and Umm Al-Seneem Park, serving many areas, besides providing vast green spaces. It also provides various facilities that serve all visitors, such as the first ever air-conditioned tracks for pedestrians and joggers, and another path for cyclists, kids play areas, facilities for people with special needs, yards for economic activities, besides provision of vast green spaces.

In turn, Eng. Muhammad Arqoub Al-Khalidi, Chairman of the Supervisory Committee of Beautification of Roads and Public Places in Qatar, expressed his delight for opening of Al-Gharrafa Park, which is a step in achieving the committee’s goals to build central parks distributed across Qatar, especially since the park includes the first ever air-conditioned tracks for pedestrians and joggers, and as the park serves residents of several vital areas in Qatar. He also indicated that the committee is making every effort to achieve the goals entrusted to it in providing welfare amenities for the people of Qatar.

Eng. Al Khalidi added saying, “opening of the first park that includes air-conditioned tracks is a great achievement that we are proud of, and we have been keen to provide the park designed to be a tourist and recreational destination for all the people and visitors of Qatar, with separate cyclist path, areas for sports and large green spaces, to encourage visitors to follow a healthy lifestyle, and contribute in improving the quality of life.

On this occasion, Mr. Jaber Hassan Al Jaber, Director of Al Rayyan Municipality, said, “We appreciate efforts of the Public Works Authority ‘Ashghal’ and committee of Beautification in building and implementing new parks distributed across all municipalities in the country, providing open refreshing outlet for families and a source of attraction for tourists and visitors from all over the country. He also pointed out that Al Gharrafa Park within Al Rayyan Municipality is distinguished as a Central Park that serves many surrounding areas.”

On the other hand, Mr. Mubarak Farish Al Salem, member of Central Municipal Council for District 15, lauded opening of Al Gharrafa Park that serves residents of many areas in Al-Gharrafa, Gharrafat Al-Rayyan, Al-Luqta, Al-Rayyan and other surrounding areas. He asserted on the keenness of concerned entities in Qatar to increase number of parks and gardens across Qatar.

Whereas Eng. Saud Al-Tamimi, Roads Projects Department Manager at Ashghal, indicated that the project falls within the framework of Ashghal’s efforts to improve public service facilities in different regions in Qatar and serve new and existing facilities in response to the requirements of economic and social growth, in addition to encouraging and increasing visits to parks. Besides, it also increases green spaces and boost environmental protection along with providing refreshing outlets for families and individuals.

On the other hand, Eng. Abdul Hakim Al Hashemi, Head of Public Projects Section said: “construction of air conditioning and cooling system along the pedestrian and jogging tracks in Al Gharrafa Park for the first time in Qatar and even the region saves about 50% of the operating cost compared to conventional air conditioning systems, as the environmental friendly system depends on generating 60% of electricity required to operate air conditioners through solar panels, with the use of natural elements from plants and facilities that also reduce cold air leakage and circulate it to maintain the required temperature economically.

For his part, Eng. Majed Al-Maadadi, the project Manager, said: Al Gharafa Park project implementation works include integrated air conditioning system for pedestrian and jogging tracks, ensuring ideal temperature between 26 and 28 degrees Celsius. The cooling system also rely on environmental elements such as some types of trees and climbing veins, which help to circulate the air and reduce cold air leakage to keep it inside the track, which reduces the temperature by 10 degrees Celsius automatically without mechanical intervention, in addition to installing advanced air conditioners based on studies conducted by Ashghal team”.

Whereas, Eng. Yasmine Al Sheikh, Project Design Manager, said that Al Gharrafa Park has a special design with Islamic features inspired by Al-Mashrabiya, to give visitors wonderful impressions of the park. Whereas flat colors are chosen in designing the pedestrian path to give visitors a feeling of calm and serenity, and bright colors are chosen in designing cyclist path and children’s games to give feeling of freshness and vitality.

Regarding implementation stages of the project, Eng. Fahad Muhammad Al-Otaibi, Head of Western Regions Section at Roads Projects Department, Ashghal, stated that the first phase of the project included development of irrigation network lines serving Al-Gharrafa Park and the surrounding area, adding that coordination is made to implement road works surrounding the park at an accelerated pace, and to be completed on specified schedule, along with completion of Al-Gharafa Park Project.

Dr. Mohammad Telfat, Director of the Department of Therapeutic Services at Al Shafallah Center, expressed his gratitude for inviting the center’s students to participate in the events accompanying the opening of Al Gharrafa Park, and he stressed that such initiatives contribute to promoting greater inclusion of people with disabilities in society, helping them to develop their potentials and social aspect of their personality.

Al Gharrafa park, the first of its kind in this area is situated overlooking Umm Al-Zubair Street, and it serves people of Al-Gharrafa and surrounding areas, providing a healthy environmental outlet away from the daily routine life and containing various services and utilities for all visiting age groups. The park is located on an area of about 50,000 square meters, and the works included planting 343 trees, making it good outlet for visitors, especially for families of Al-Gharrafa area, with air-conditioned pedestrian tracks with a length of 657 meters; another 639-meter bike path, enabling park goers to walk during the hot summer, in addition to establishing two exercise areas equipped with fitness equipment, and two children’s play areas divided according to age groups from 2-5 years and 6-12 years, considering children with special needs as well and promoting the growth and well-being of children. The Park is also provided with various service kiosks such as 4 restaurant kiosks, bicycle rental kiosk, green wall in the facades of male and female toilet building, bicycle parking, as well as garden furniture from locally manufactured fiber-concrete benches made of GRC and glass-reinforced plastics (GRP), garbage cans, shades and drinking water basins. The locally made materials used in the works include cycling tracks, pavement Interlock, shot plastered, granite floors, and installation of 47 light poles to enable night visits to the park.

The Park also provides environmental benefits within the quality of two-star green buildings adopted to preserve environment, and due to planting local trees from Qatari environment including wild Ghaff, Samar and Sidra, which in turn provide shade, it also contributes to wind and dust management, help reducing heat in urban areas and reduce air and noise pollution.

The works carried out within the scope of Road Improvement Works Project in Western Regions of Road Projects Department consisted of constructing a 3.2 km long treated irrigation water network to cover needs of Al Gharrafa Park and the green spaces in the area, including provision of prospective branches of the network that can be used, and stretching length of the network when needed. The works in second phase included development and construction of roads surrounding Al Gharrafa Park with a total length of 1.5 km, including improvement of Wadi Al Ghosn Street parallel to Umm Al Zebar Street and construction of three streets perpendicular to Wadi Al Ghosn Street.

The project provides many benefits, including sustainable use of drainage water recycled after treatment and used to irrigate green areas on roadsides and parks. The new roads also include traffic control, increased traffic capacity, and facilitate access to the new park.

It is worth noting that the road improvement works project in the western regions is part of a work plan to improve roads and infrastructure networks services in several areas in Al Gharrafa and Al Rayyan.

Supervisory Committee of Beautification of Roads and Public Places in Qatar

The committee works in coordination with several ministries and other entities of the State such as Ministry of Transport and Communications, Ministry of Culture and Sports, Qatar Museums Authority, Qatar Railway Company, Private Engineering Bureau among others. This Committee is responsible for five major tasks including construction of central public parks, provision of dedicated lanes for pedestrians and bicycles, development of the Doha Corniche, development of Central Doha, and increasing trees and green areas.

The Committee’s work will contribute to enhance sustainability through minimizing environmental pollution, reducing emission of CO2 through minimized consumption and conservation of energy resources. It will also focus on provision of more public transport options aiming at reduced use of private cars and improve lifestyle through clean and safe transportation. It will also work for provision of healthy environment within residential neighborhoods and places of public gatherings through increased afforestation and landscaping, which will greatly help in reducing temperature in cities. 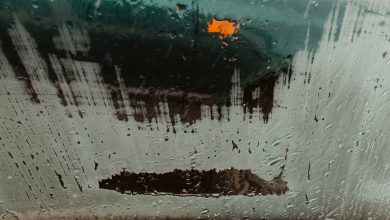