Doha: The Ministry of Interior affirmed its high readiness to secure the FIFA Arab Cup 2021, which will start on Tuesday, Nov. 29, and continue until Dec.18, 2021, with the participation of 16 teams, in coordination and cooperation of all security units affiliated with the Safety and Security Operations Committee (SSOC) of the FIFA World Cup Qatar 2022.

The ministry aims to provide security and safety means for fans, players, and delegations participating in this major sporting event, and for the fans to enjoy the championship and encourage their teams in an atmosphere of safety, excitement, and enthusiasm.

Chairman of the Security and Safety Operations Committee for the FIFA World Cup Qatar 2022 Major General Eng. Abdulaziz Abdullah Al Ansari stated that the committee has developed a plan to secure the FIFA Arab Cup Qatar 2021, in accordance with the highest international security standards and the application of all security requirements required by the International Football Association (FIFA).

He explained that a comprehensive security plan has been developed that took into account the provision of security and safety for all parties, using trained security personnel and advanced security technology to serve the masses to enjoy watching the championship matches and encouraging their teams in a loving sports atmosphere.

He affirmed that the committee, with all its units, is fully prepared and ready to secure the tournament, and has conducted more exercises and training work and measured the capabilities of the manpower involved in securing the tournament to ensure the best level of readiness and preparedness while using the best advanced technological means to appear in an appropriate manner that reflects the advanced level and expertise units gained in dealing with major sporting events.

He noted that this sport event represents an opportunity for further evaluate performance and measure the readiness for the FIFA World Cup Qatar 2022 in accordance with international principles and standards and the ambitions that were planned, indicating that the work of the security units began sometime before the arrival of the teams, as well as with the work of the centers for issuing permits and fan cards.

Major General Al Ansari affirmed his full confidence in the success of the FIFA Arab Cup Qatar 2021, which is hosted by the country, as it is a continuation of the successive successes achieved by the State of Qatar in hosting major regional and international sporting events, as well as being part of the preparation for the largest and most important sporting event in the world, which is FIFA World Cup Qatar 2022.

He pointed out that there is a harmonious work system from all concerned parties, according to clear work mechanisms and strategies, despite the challenges facing all sports activities worldwide in light of the ongoing Coronavirus pandemic, adding that despite the Coronavirus challenge, the committee is keen to provide efficient and effective security operations, which will reflect positively during the organization of the World Cup 2022, and enhance Qatar’s position on the international scene.

Chairman of SSOC for the FIFA World Cup Qatar 2022 Major General Eng. Abdulaziz Abdullah Al Ansari noted the benefit of the Watan Exercise recently implemented by the security, service, and organizational authorities, saying that it provided the participants with knowledge and skills related to dealing with security crises and major emergencies, prioritizing potential risks, and developing appropriate scenarios and scenarios to confront them.

He pointed out that securing the sports tournament is part of the mission of the Ministry of Interior (MOI), and its mission to achieve security stability, noting that the main objective of the MOI’s 2018-2022 strategy is to contribute to securing the hosting of the FIFA World Cup Qatar 2022, which is in line with Qatar National Vision 2030 (QNV 2030).

Major General Al Ansari explained that the security plans include securing the teams, from arrival, accommodation, competitive and non-competitive facilities, securing the teams’ transportation, ensuring the safety of fans in the stadiums and the safety of everyone involved in the tournament, as well as electronic insurance, protecting information infrastructure and communication systems, and working to facilitate traffic movement and the flow of vehicles and other tasks assigned to the Committee and its units.

He said that with the start of the first matches of the Arab Cup, all security units will be in their respective locations, whether on the roads leading to the stadiums or in the areas adjacent to them or inside them for the sake of security, order and facilitation for the fans, and to reduce crowding, whether at the gates of entry and exit for the fans or in the roads leading to the stadiums.

In this context, he stated that the entrance gates for the fans will open three hours before the start of the whistle for any match, calling on the public not to be late in attendance to avoid congestion and to ensure smooth access to the seats.

Major General Al Ansari also indicated that the security men will perform their tasks related to the inspection and verification of security permits and entry tickets, and the use of electronic gates for individuals and inspection devices for bags and objects prohibited from entering the stadium, calling on everyone to cooperate with the security men by adhering to security procedures in the entry and exit processes of the stadiums.

He said that there are special standards and requirements set by the committee in line with the FIFA requirements about things prohibited from entering stadiums with the public, noting that most of the public has become fully aware of what should not be brought into stadiums, with instructions that contain a list of what is allowed and what is not allowed into the stands.

In this regard, he praised the great understanding that all those in charge of the inspection process felt during the events and tournaments hosted by the State of Qatar during the previous period, which achieved a great deal of smoothness during flow of procedures to reduce congestion at the gates.

Al Ansari assured the public that there are auxiliary teams of private security men and volunteers that provide the necessary instructions and assistance if needed, stressing that all these procedures are carried out for the safety and security of all.

Regarding the special preparations regarding the female fans expected to attend the FIFA Arab Cup Qatar 2021, especially from families residing in Qatar, Major General Abdulaziz Al Ansari pointed out that the women’s police – who showed a high level of performance of the tasks entrusted to them in securing major sporting events – are ready to participate in securing the tournament.

He said that the women’s police presented an honorable image of the police’s tasks with regard to inspection procedures for the female audience following sports events in stadiums, through a good reception and giving the necessary instructions and ensuring the privacy of women during the inspection process.

He pointed out to the organization of advanced courses for the women’s police participating in securing sports facilities, which included lectures on the art of dealing with the public and the sense of security, in addition to training on how to use the equipment and carry out the inspection process, explaining that all the tasks they have undertaken and are currently doing are a prelude to their participation in the biggest event that the country will witness by hosting the FIFA World Cup Qatar 2022.

On the use of innovative technology in securing the tournament, Chairman of the SSOC for the FIFA World Cup Qatar 2022, said that the State of Qatar is keen to use the latest technologies in advanced security systems to secure participants, delegations, and sports facilities, adding that the committee, with its specialized units, seeks to use the best global technologies such as drones and security robots in the security process, and the application of advanced security systems technology in major sporting events, such as surveillance systems and systems to control the entry and exit process for the masses, as well as modern communication systems.

He also pointed out that the committee units’ use of the internationally approved modern technological systems comes from the standpoint of Qatar’s uniqueness in achieving the highest level of sports security for the safety and security of the tournament and its participants, noting that the security risks facing any country hosting major sporting events exceed individual efforts, which requires the use of global technology in the field of managing the sporting event in a way that does not impede the progress of the tournament.

He stressed that the committee is working to adapt security technology in the field of sports security by identifying the experiences of developed countries in this field, as well as the partnerships it established with a number of international institutions and organizations, foremost of which is the International Criminal Police Organization (INTERPOL) in addition to the International Football Association FIFA.

Major General Al Ansari explained that all units of the committee that participate in securing the FIFA Arab Cup Qatar 2021 and the other participating parties are working hard and in the spirit of one team and show superiority in performing their security tasks and integrating the security system. 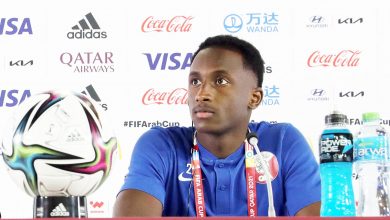 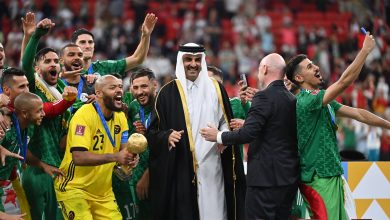