Doha: First Lieutenant Eng. Khaled Nasser Al Mulla, Head of the Technical Committee of the Corniche Closure Committee at the Ministry of Interior, confirmed that a complete plan has been developed in preparation for the 2021 FIFA Arab Cup, which starts on Tuesday with the participation of 16 teams under the FIFA umbrella, including the closure of the Corniche from Friday until Dec. 04.

In a press statement to the media, First Lieutenant Al Mulla said that with the full concerted efforts of the Security Committee and the Corniche Closure Committee, which is subordinate to the committee for transportation plans and operations for the 2022 FIFA World Cup Qatar, a complete plan has been developed for the closure, starting with engineering works by linking traffic lights to each other, and providing roads with more than 110 signboards and more than 49 electronic signs on the roads, in addition to seven construction works on separate intersections on the roads to improve movement flow during the closure of the Corniche.

Al Mulla confirmed that during the closure period of the Corniche, two events will be held including, the 5-minute fireworks during the weekend at 8 pm and the food festival, which will start at 3 pm from Nov. 26 to Dec. 04. He explained that the Al Bidda Park Festival begins on Nov. 26 until Dec. 17, and the Corniche will be reopened on Dec. 05 with the festival continuing in Al Bidda Park. He called on the public and road users to abide by the instructions.

He explained that a traffic plan has been developed, including a security deployment on all lines and intersections to avoid any disruption of the roads, especially at the yellow box, and ensure the safety and security of the public and road users.

On the access roads to the Corniche, he stressed that the Corniche is a main road, but there is an underground solution, which is the “Metro,” which includes 37 stations throughout the country, and 14 of them have a “park and move” service by parking the car next to the station to use the metro with ease to reach the various metro stations are the Corniche, therefore, the metro is the perfect solution during the closure period.

Head of the technical team of the Corniche Closure Committee said that Buses will be provided for transportation from B-Ring and C-Ring roads starting from Souq Waqif towards Sheraton Doha.

Where the B-Ring service starts from Souq Waqif and has 15 pick-up and drop-off points, and its last station will be Al Bidaa Park, which is witnessing the Arab World Cup festival.

As for the C-Ring service, it starts from Souq Waqif and includes 19 pick-up and drop-off points.

The use of the metro will have many benefits, including following a healthy lifestyle, as well as easy access, saving money and effort, and therefore the metro will be the best solution during the closure period.

Regarding the expectation of congestion on the roads during the closure period, Al Mulla said: “We have our plans and measures necessary to reduce congestion through the use of the “Park and Ride” service, as well as linking signals to each other to facilitate movement.” The security men are present at all intersections in addition to the presence of alternative roads and lines for all sides, as there are 52 destinations whose entry was from the Corniche, now they will be entered from the back streets of the Corniche, and they will have entrances and exits, and we have taken all the necessary measures, he added.

Al Mulla called on the fans during the championship and the closure period to use the metro, whose stations are available throughout the country to reach the Corniche and Al Bidaa Park, and advised drivers not to speed on the road.

He hoped that everyone would join hands, especially since the most important element is the road user, as using the road safely and correctly or using the metro or public transportation saves a lot of burden on the security men. “We are a conscious society, and the State of Qatar has a bright image to the outside world, and we hope the public adhere to security and safety instructions to complete the distinctive civilized image,” Al Mulla said.

Concerning the arrival of the teams, he said: “We have determined for a while all the roads that each team will use during the tournament with names and dates so that the road tracks are not affected by the closure of the Corniche so that the teams arrive from the airport to hotels or from hotels to training stadiums or matches with ease, we have a large number of a large number of periodicals and individuals and the human element to cover all times of the tournament, whether in the preliminary rounds or the advanced stages of the tournament, starting from the opening in Al Bayt Stadium to the final match on the same stadium, and our efforts will be equal in all tournament stadiums to get it out in the best way.” 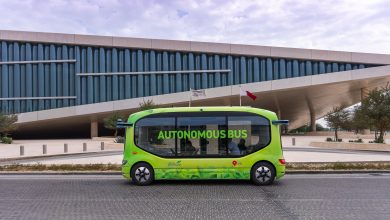 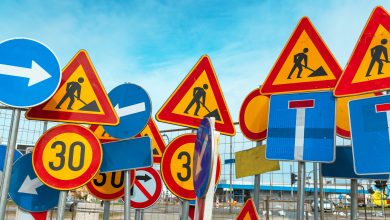 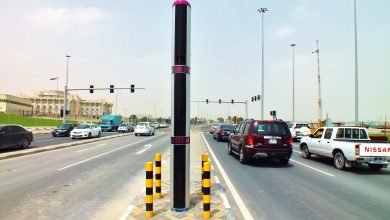