Doha: Doha Stadium is difficult to spot today amidst the changing urban landscape of Qatar, which is just over a year away from hosting the FIFA World Cup. The gleaming West Bay district has consumed the 2,000-capacity venue, which is just a stone’s throw from Doha’s expansive waterfront skyline. But in the early Seventies, Doha Stadium was home to the only grass football pitch in the country.

“It was the centre of footballing life in Qatar,” said Mohammed Al Siddiqui, a former winger for Qatari side Al Ahli – which had the honour of facing the star-studded Santos team, including Pelé, on 14 February, 1973.

“All the local clubs played there, and it was a bustling beehive of activity throughout the week, so when word came out that Pelé and Santos were coming to town, Doha Stadium erupted with anticipation,” said Al Siddiqui, whose Al Ahli team were the reigning Amir Cup champions. “Everyone in the country wanted to be there.”

In 1970, Brazil won their third FIFA World Cup at the iconic Estadio Azteca in Mexico City. At the tournament, Pelé became the only player in history to win the coveted trophy three times – a distinction he continues to claim more than half a century later.

Fast-forward three years and Pelé’s club side Santos – which included a host of his international colleagues – were invited to play a series of games in the Gulf. The tour was organised to cater for the thousands of football fans in the region and build the profile of the sport even further.

“It is every player’s dream to compete against the best athletes of their time, and that’s exactly what Santos represented. Their team boasted some of the greatest players ever, led by Pelé, a player that captured the imagination of the entire world with his skills and larger than life personality,” said Al Siddiqui, his face still beaming with pride as he recounts the story.

Bayoumi Eissa, now 82 years old and retired, was Al Ahli’s player-coach in 1973. He had the unenviable task of trying to mark Pelé during the match.

Eissa said: “None of the players believed that they were actually going to take to the pitch and face the mighty Pelé. For me, it was important to try and approach the match with the same methodology I did for every game, using the chalkboard to highlight a player’s role and encouraging them to go out there and do their best.”

He continued: “Everyone knew the firepower that Santos had, and I wanted to make sure that we didn’t go out there and get embarrassed, not in front of our fans, and thankfully, we only lost 3-0, but what mattered most to the players that day wasn’t the result, it was the opportunity to play against the legendary Pelé.”
Eissa described Pelé as a gentleman – both on and off the pitch.

“We were all mesmerised by his ability on the ball, but what really stole the show for us was the way he conducted himself off the pitch,” said Al Siddiqui, in the midst of re-enacting Pele’s only goal of the game through animated hand gestures.

“I remember how, at one point, a fan tried to run onto the field to hug him, but was stopped by security guards, only for Pelé to go over and give the fan a hug himself. He was a man of the people who embodied what football should represent.”

Sultan Al Jassim, now a sports writer, was just 12 when the historic match took place. He attended the game with his brother and turned up hours before kick-off in order to get a good view.

“It was unlike anything the stadium had seen before,” said Al Jassim. “Tickets were sold out but no one cared. They were doing anything to get into the stands; climbing over fences, sitting in each other’s laps, all that people wanted was to take in the action that day and see the mighty Pelé.”

Al Jassim continued: “My brother and I snuck in, and we were so afraid to get caught, that we sat in different parts of the stadium, but we didn’t care, the atmosphere was electric, and it was a pivotal moment in my journey as a football fan, and was influential in my pursuit of sports writing as a career.”

A year after Pelé’s visit, the construction of Khalifa International Stadium began. The venue is one of eight that will host matches during Qatar 2022 – the first FIFA World Cup to be held in the Middle East and Arab world.

For Al Siddiqui, who hung up his boots early to pursue a career in engineering, the world-class stadiums built for next year’s tournament are a far cry from the playing conditions his generation endured.

“The football infrastructure when I was playing was very humble,” he said. “Seeing the stadiums we have now, as we get ready to welcome the world, is nothing short of unbelievable.”

“Look at these stadiums!” exclaims Eissa, as he stands on the pitch at Al Thumama Stadium, which will host matches up to the quarter-finals stage next year. “When we took to the field against Pelé at Doha Stadium almost 50 years ago, we never imagined this country would soon be home to so many remarkable football facilities.”

“This World Cup will be exceptional,” said Al Jassim. “What started for me as a journey many years ago in a small stadium, will now culminate in a global celebration of the beautiful game that will capture everyone’s attention.”
Memories of Pelé will last a lifetime – just like the memories that will be created when Qatar hosts the FIFA World Cup in 2022. 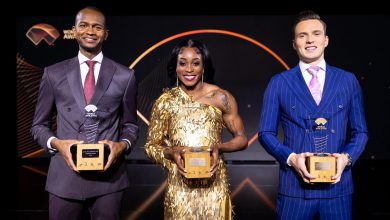 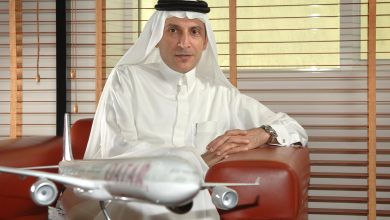 “Doha Winter Wonderland” will be a Qualitative Addition to Tourism in Qatar: Al Baker 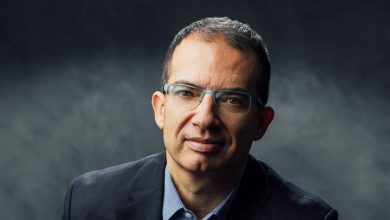