FRANKFURT: Alzheimer’s drug developer AC Immune (ACIU.O) expects the number of families to be affected by the degenerative disease could nearly triple by 2050 to 150 million, its CEO said in an interview with a German magazine.

AC Immune’s CEO Andrea Pfeifer, in an interview with German business magazine Wirtschaftswoche published in its online edition on Sunday, described Alzheimer’s, a non-curable disease the origin of which is not known, as “a slow pandemic rolling towards the world”. It currently affected 55 million families, she said.

Athos, the holding company of Andreas and Thomas Struengmann – anchor investors in BioNTech (22UAy.DE) – together with financing companies MIG and First Capital Partner jointly hold 12% of AC Immune following a deal concluded a few weeks ago, Pfeifer said. The planned investment was announced in July.

Athos and MIG were involved in founding BioNTech, which with partner Pfizer (PFE.N) developed the Western world’s most widely used COVID-19 vaccine, and they remain the main shareholders.

Pfeifer said having the Struengmann twins on board was a “blessing” for AC Immune.

“If anyone knows how vaccines can be commercialised, then it is the main investors in BioNTech,” she said.

AC Immune is working on several compounds for Alzheimer’s and Parkinson’s diseases, including vaccines.

The company has not yet launched a drug.

Other investors in AC Immune are Dietmar Hopp via his biotech-holding company Dievini with slightly above 20%, as well as institutional and other private investors, Pfeifer said.

Keep your cool, don’t freak out about Omicron: Ugur Sahin 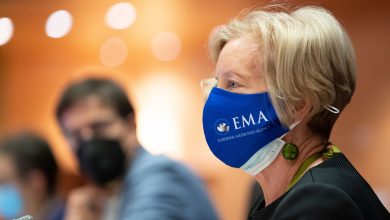 EU could approve shot against Omicron variant in 3-4 months