Doha: Spanish Xavi Hernandez, the former coach of the Al Sadd team and the current Barcelona coach, confirmed that the period he spent at Al Sadd was the best in his life, whether as a player or a coach, praising the step he took in 2015 to join Al Sadd over six years.

Hernandez said in a press statement to the official website of Al Sadd Club: “Well, yes, I have been here since 2015, and it means six years plus these two, three months, in my opinion, it was the best period in my life, when I came here, I found a big family, the Al Sadd family, and since the beginning it was a love story with the players, with the management, with a club and with the fans, it was a great honor for me to be a Al Sadd player and it has been a huge privilege to coach Al Sadd, I can say that it’s the best period in my life, especially, also in terms of the family”.

A delegation from Barcelona, consisting of Vice President Rafa Yusti and Sports Director Matteo Alemani, had arrived in Doha last Wednesday evening, and negotiations resulted in the contract with Hernandez as coach of the Catalan team, to succeed the dismissed Dutchman Ronald Koeman.

The former Al Sadd coach expressed his great sadness for leaving the State of Qatar and leaving Al Sadd club, explaining that he will leave many feelings, especially for him and his family, stressing that he will love Al Sadd and the State of Qatar forever, he said: “I’m very sad, of course, to leave the country, to leave Al Sadd, because I leave many feelings here, especially personally for me and my family, it was an amazing moments, and then this is a love story forever, I will love Al Sadd forever, I will love Qatar forever”.

Xavi continued: “So the evaluation of these six years is, I enjoyed it a lot, I grew a lot, it was a great experience, so now, Barcelona came to me and it’s my dream to go there, And I just can say thank you so much to Al Sadd”.

On his relationship with all the players in the team, Hernandez commented:” I remember my relationship with the players, how they understand my football, I never thought that in Qatar we have this kind of talent, like Akram Afif, Hassan Al Haydos, Khoukhi Boualem, Pedro, Ali Asad, Meshaal Barsham, Saad Al Sheeb, Tarek Salman, Abdelkarim Hassan, this generation of local players was a big surprise for me, these local players made the difference for the team because they love football, and together we built a very strong team from the beginning”.

He added:” Baghdad Bounedjah in my opinion, he is a top forward, a top number nine, then there was Gabi, and Santi Cazorla, who in my opinion is the best player I coached until now, there is also Guilherme, Rodrigo Tabata, Woo-young and Nam Tae-hee, I will remember these kinds of players that can make the difference for the team, I will remember my relationship with all the players, it was an amazing period in my life here”.

About the most difficult moment he experienced as a coach with Al Sadd, the current Barcelona coach says:” I remember when I started as a coach and everybody said “Xavi Out” in the stands, it was a very difficult moment, honestly, but I understand it. Im not new to football, it happened to me in Barcelona many times and I understand because when you dont get results, at the end, people are very, very angry, I understood the situation and I tried to change”.

About his failure to lead Al Sadd to win the AFC Champions League Xavi said: ” I remember this period very well because we lost against Al Hilal, It was a big mistake from ourselves here at home, I did everything for the players, so I’m proud and I’m happy with myself and the coaching staff, and of course I’m very proud of the players, in the end the most important part of football is the players,” he added.

And about his opinion on the qualities of the coach who will take over the task as his successor at Al Sadd, the Spaniard Hernandez said: “The coach who will come here will definitely enjoy, don’t worry, the environment is perfect and the fans are always really happy with the team, and undoubtedly they have to choose well, I am sure, they will continue to win titles for sure.”

The former Al Sadd coach sent a special message to the fans before his departure and thanked them for standing with the team, especially in bad moments, and for being the biggest supporter, while praising everyone at Al Sadd Club during his farewell message to them.

He concluded his speech by saying: “I will remain a fan of Al Sadd forever, so I will always follow the team for the rest of my life, and maybe I will come back in the future, why not? I feel that Al Sadd is my home, and I am very happy and proud to be a part of the history of this club”.

Xavi confirms after the game: Excited to come home again 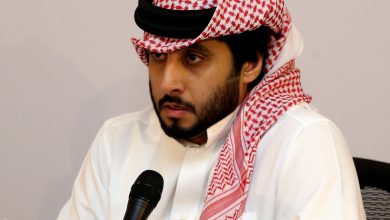 Al Sadd CEO: We Are Committed to Keeping Xavi Hernandez as Team Coach