A teenage boy has suffered horrific third-degree burns on his leg after attempting a TikTok challenge inspired by hit Netflix show Squid Game.

Aiden Higgie, 14, was bored during lockdown in Sydney earlier this month when he decided to try the honeycomb challenge, which features in the Korean TV show.

The challenge involves making a thin sheet of honeycomb then carving out a shape using a pin without breaking it.

Like teens across the world, Aiden tried to make honeycomb using a recipe he found on TikTok combining water, bicarb soda, and sugar in a plastic cup.

But as he melted the mixture in a non-microwave safe cup, it exploded – sending the molten sugar streaming down his legs.

‘It boiled up to a ridiculous temperature, and when he took the cup out it exploded in his hand,’ his mother Helen told the Daily Telegraph.

‘It was like toffee and burnt right through to the nerves.’

Aiden suffered first degree burns to his hand and deep burns and nerve damage to his leg, which were so severe doctors feared he would need a skin graft.

Helen, who was in another room at the time of the incident, said a lot of their cups at are microwavable, but some aren’t and kids can’t really tell the difference.

The burns are healing well on their own but Aiden will spend the next year in a pressure bandage.

‘It’s shocking that such a simple act, like making honeycomb, could have such serious consequences,’ she said.

Over the past month, google searches for ‘honeycomb recipe’ and ‘honeycomb challenge’ have spiked across the world, particularly in Australia, Britain, and New Zealand.

Aiden said he wanted to give the popular challenge a go after seeing it ‘all over the internet’ and some of his friends had already done it.

He is now urging others not to try it or, if they do, to make sure they are supervised by their parents.

Aidan is one of three children admitted into Westmead’s Children’s hospital in the last month for burns after trying to undertake the challenge.

The hospital warned parents to remain vigilant as reports of Squid Game-inspired injuries soar across the world.

All three children were burned while melting hot sugar and transferring it to baking paper.

The injuries ranged from mild scalds to nerve damage, with the other two children also requiring ongoing treatment.

Acting head of the hospital’s Burns Unit, Erik La Hei, said honeycomb could be dangerous because of the high temperature at which its sugar melts.

‘The honeycomb toffee mix is both hotter and stickier,’ Dr La Hei said.

‘If the mixture is spilt or handled while it’s still hot, the greater heat and longer contact times causes deeper, more serious burns.’

Dr La Hei said he was also aware of two more cases in Australia – one in Perth and another in Melbourne.

If a child is burnt, the burn should be placed under cool running water for 20 minutes. Any clothing or jewellery should be removed.

If the burn is bigger than a 20-cent piece, or parents have concerns, they should seek medical help. 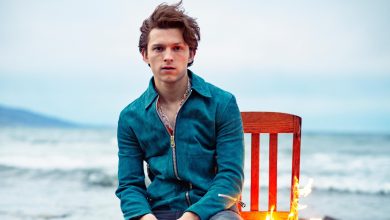