Doha: The Qatari national team, the “Asian Champion”, is looking for the title of the Arab Cup 2021, which Doha will host its competitions for the second time in its history from November 30 to December 18, where the opportunity will be in favor of Qatar regarding the land and the public factors to embrace his first title in his third participation in the tournament.

The Arab Football Cup returns to the fore again this year after a nine-year hiatus, the last Arab Cup was held in 2012 in Saudi Arabia in its ninth edition, and the Moroccan team won its title after defeating its Libyan counterpart, so that the Moroccan team won the first title in its history.

The current generation of the Qatari national team will be on a date with writing a new history of Qatari football, hoping to culminate in the title a year before Qatar hosts the most important sports event in the world, the “2022 World Cup”.

The Qatari team did not participate in most of the Arab Cup tournaments, and was satisfied with being present in only two of the past nine editions, Qatar participated in the fourth edition in 1985 in Saudi Arabia, and the seventh edition in Qatar 1998.

Adel Khamis and Mubarak Mustafa, are among the most prominent stars of the Qatari team in the Arab Cup, specifically in the seventh edition in 1998.

The lack of Qatar’s participation in the Arab Cup affected the emergence of many stars, but the situation may differ in the next edition hosted by Doha, especially with the possibility of the Spanish coach Felix Sanchez inclusion in a number of emerging players in the team’s list during the upcoming tournament, which Qatar aspires to win its title and not miss the opportunity.

The Qatari team prepared for this special event through a long journey of preparations, which included many participations, in the

Copa America, as well as its distinguished appearance by reaching the semi-finals in the Gold Cup, as well as its positive participation in the European qualifiers for the World Cup (as a guest of honor without counting its results), therefore, the players will spare no effort to win their first title in the tournament.

The tournament will be a real test for Qatar, to determine its readiness to host the 2022 World Cup, and determine Qatar team players readiness for global entitlement.

The Arab Cup will be the ideal rehearsal that the teams are looking for to assess their level and try to correct mistakes, as the participation of African countries will positively affect the technical level, while creating a strong competitive atmosphere.

The final match of the Arab Cup will be held on December 18, in conjunction with Qatar National Day.

Teams have been divided into four groups, with top two teams from each group will qualify for the quarter-finals.

Group A of the FIFA Arab Cup consists of Qatar, Iraq, Oman and Bahrain. Group B consists of Tunisia, UAE, Syria and Mauritania. Group C consists of Morocco, Saudi Arabia, Jordan and Palestine. Group D will include Algeria, Egypt, Lebanon and Sudan.

The Arab Cup returns in 2021 after a nine-year hiatus, under FIFAs supervision.

The last Arab Cup was held in Saudi Arabia in 2012, in which Morocco became champions after beating Libya 3-1 on penalties in the final match.

Qatar second time hosts of the tournament has organized major global sporting events across all sports and is set to present an exemplary and distinct FIFA Arab Cup. Qatar possesses the most modern sports facilities in the world and the capabilities that made it the center of international sports for many years.

The FIFA Council officially approved the 2021 Arab Cup during the 15th meeting of the Council held at its headquarters in Zurich in March 2021.

FIFA President Gianni Infantino confirmed that the approval of the Arab Cup by the FIFA Council in Qatar 2021 was among the events that Qatar will organize in preparation for the 2022 FIFA World Cup.

The Supreme Committee announced the implementation of the fan card system during the tournament, as all match ticket holders will have to issue a mandatory fan card to enter the tournament stadiums, which is a smart identification card that will allow fans to use public transportation for free during match days, and a smartphone application will be launched before the tournament. With the aim of enhancing the fan experience in Qatar. The tournament will witness the application of all preventive measures to ensure the health and safety of all participants in the competitions, due to the repercussions of Corona.

The first edition of the Arab Cup was hosted in Lebanon in 1963 when Tunisia were emerged as champions. The Iraqi national team is the most decorated side with four titles. Saudi Arabia was crowned twice, while Tunisia, Egypt and Morocco have claimed one title each.

Former Lebanese player Adnan Al Sharqi was the first player to score a goal in the tournament against Kuwait.

In 1964, the second edition of the FIFA Arab Cup was held in Kuwait City, from Nov. 13 to 20, with the participation of Kuwait, Jordan, Libya, Iraq and Lebanon only. Iraq came first with seven points, while Libya came in second place with six points.

The third edition of the championship was held in 1966 in Baghdad from April 1 to 10 with hosts winning the title. The Arab Football Cup was halted for 16 years and Iraq retained their title with a win over Bahrain in the final.

The fifth edition of the Arab Cup was held in the Jordanian capital, where in the final, Iraq defeated Syria on penalty shootouts.

The eighth Arab Cup tournament was held in 2002 in Kuwait City again, from Dec. 16 to 30, with the participation of ten teams which were divided into two groups.

In the final, Saudi Arabia defeated Bahrain with the golden goal, after the match ended in a goalless draw.

The ninth Arab Cup tournament was held in 2012 in Saudi Arabia again from June 22 to July 6, with the participation of 11 teams which were divided into three groups.

In the final match of the tournament, Morocco defeated Libya 3-1 by penalties shootouts, after the original and extra time ended in a draw, to win the first title in its history. 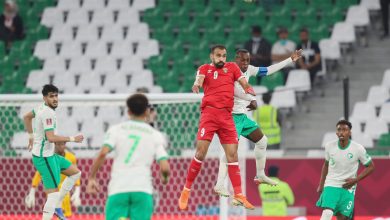 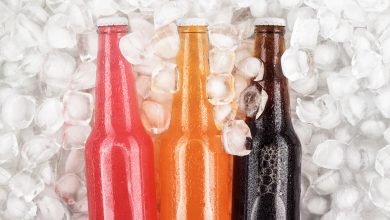 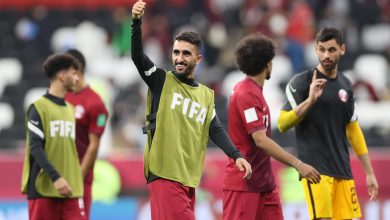