Doha: Next month, Al Thumama Stadium will be the latest FIFA World Cup Qatar 2022 venue to be inaugurated when it hosts HH the Amir Cup Final between Al Rayyan and Al Sadd.

The 40,000-seat arena will also be one of six Qatar 2022 venues to be featured during the FIFA Arab Cup later this year.

All eight FIFA World Cup stadiums will be delivered well in advance of the tournament, which kicks off on 21 November 2022.

Located 12km from Doha city centre and in the vicinity of Hamad International Airport, Al Thumama represents both the past and the future not only of Qatar, but the whole Arab world. Qatari architect Ibrahim M. Jaidah’s inspiration for the stadium was a design that represents the ‘gahfiya’ a traditional woven cap worn by men and boys across the Middle East. The gahfiya forms a fundamental layer of the traditional clothing of the region. It is also a symbol of dignity and independence. In May 2018, the venue’s design won acclaim when it earned the MIPIM/The Architectural Review Future Project Award.

During Qatar 2022, the stadium will host eight matches up to and including the quarter-finals stage. The venue will also be a prominent host of the FIFA Arab Cup Qatar 2021, with six matches up to and including the semi-finals stage being played at Al Thumama. After Qatar 2022, the stadium’s capacity will be reduced to 20,000 and used for football and other sporting events, with the dismantled sporting infrastructure to be donated to developing nations.

In legacy mode, Al Thumama will serve the needs of the local community, with a branch of Aspetar Sports Clinic set to open on site and a boutique hotel replacing the stadium’s upper stands. The surrounding precinct will include facilities for multiple sports, including basketball, handball, swimming and volleyball. In addition, tracks for running and cycling will weave their way around the precinct. There will also be retail and commercial units created to ensure the area becomes a bustling hub of exercise and activity.

Like all Qatar 2022 stadiums, Al Thumama is targeting a Global Sustainability Assessment System certification rating of at least four stars for both design and construction. Part of the plan includes the existing on-site energy centre being refurbished and upgraded to meet the latest energy efficiency standards. The venue’s green design ensures 40 percent more fresh water is saved when compared to a conventional stadium, with recycled water being used to irrigate green areas. The precinct will feature 50,000m of park area, with native vegetation and almost 400 trees covering 84 percent of the landscape.

Fans will be able to reach Al Thumama using the Doha Metro and shuttle buses, with Free Zone being the nearest metro station on the Red Line. A single journey on the metro is QAR 2 (US$0.55), while a day pass is QAR 6 (US$1.65). All passengers must buy a reusable travel card for QAR 10 (US$2.75). 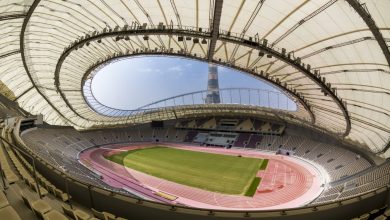 Qatar’s solutions to accommodate 1.2 million visitors during the 2022 World Cup 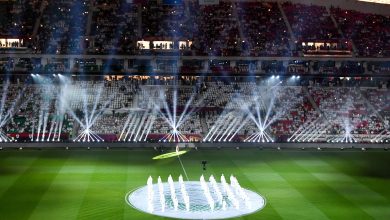 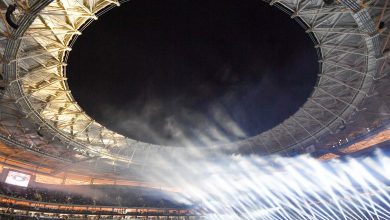 Al Thumama Stadium Sheds Light on Headgears Around the World