Doha: A number of residents of Jaryan Njaima area called on the Public Works Authority “Ashghal” to compel the company executing the infrastructure project in the area to move “Al-Dafan” site, located on the Arab League St. and next to the Al Meera branch, to another location away from their homes.

They confirmed that the site was transformed into a workshop starting from early morning to midnight and making disturbing noises as a result of the continuous work of trucks and tractors.

They stressed that they live in great suffering because the site caused dust to spread in the area, and is reaching their homes, especially since the site where trucks unload and sift the landfill to separate the rocks from the sand, pointing out that they contacted the company implementing the project, and explained to them the extent of the suffering they face, but the officials did not take any measure to stop their daily suffering.

They explained that they fear for their children, who are approaching the work area – including children who go to it with their bicycles and roam in the middle – which may put them at risk, pointing out the importance of taking all security and safety measures.

They stressed the importance of putting an end to the phenomenon of the spread of crushers, quarries and burial sites in residential areas to protect the population from exposure to chest diseases and allergies due to volatile dust, and to protect them from trucks moving in residential neighborhoods to reach work sites,

They demanded that the site be transferred to the empty land located east of Jaryan Njeima Street, instead of the current site, which is adjacent to the homes of citizens.

They said that “Al-Dafan” pile site is located next to Al Meera branch and on the main Arab League St., which makes it one of the main reasons behind distorting the aesthetic shape of the area, considering that such sites that are adjacent to residential areas are a vivid example of the absence of oversight over the companies executing the projects,

As these piles deprive citizens of a quiet life, and make them fearful for their children because of wind carrying sand to their homes, and the possibility of their children developing asthma and allergies, as well as fears of the collapse of the sand piles. 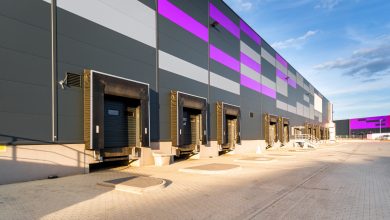