In 2019, the company first introduced the option of passwordless sign-ins with Windows 10 that allowed users to replace their passwords with Fingerprint, Windows Hello Face, or PIN.

Microsoft has announced that account holders would no longer require passwords to sign in. Instead, they can log into their accounts using one of Windows Hello, Microsoft Authenticator, a verification code, or a security key. The tech giant will extend this feature to the entire line-up of Microsoft apps.

The Washington-based tech company has been fiddling with password-less sign-in options for a few years now. In 2019, the company first introduced the option of passwordless sign-ins with Windows 10 that allowed users to replace their passwords with Fingerprint, Windows Hello Face, or PIN to sign in.

Now, Microsoft announced in a blog post that all users could now remove passwords from their accounts.

“We are expected to create complex and unique passwords, remember them, and change them frequently, but nobody likes doing that either,” Microsoft’s Corporate Vice President of Security, Compliance and Identity Vasu Jakkal wrote in the blog post.

“In a recent Microsoft Twitter poll, one in five people reported they would rather accidentally ‘reply all’ – which can be monumentally embarrassing – than reset a password.”

Microsoft said each second, 579 password attacks take place — a whopping 18 billion each year. Two reasons for such attacks, according to Microsoft, are hacker nature and human nature. Jakkal said it gets difficult for users to create a secure enough but also easy-to-remember password. This makes it easy for hackers to hack the passwords that may be easy to remember but are not secure enough.

Microsoft has also chalked the steps to go passwordless. For this, account holders would need to sign in and head to the Advanced Security Options. After selecting Additional Security Options, the Passwordless Account option will become visible. Once the option is turned on, users can follow the on-screen prompts and approve the Microsoft Authenticator app notification.

These sign-in methods will work for Microsoft’s entire line-up of apps such as OneDrive, Outlook, OneDrive, Microsoft Family Safety. Jakkal mentioned in the blog that the update would be rolled out for all users in the next few weeks.

WhatsApp will stop working on millions of phones TODAY – is yours on the list? 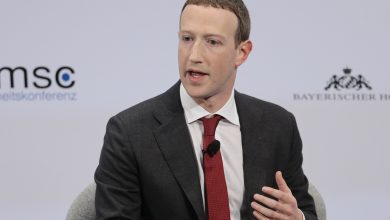 Facebook plans to change its name, says The Verge

Facebook is creating 10,000 jobs in EU to help develop a metaverse