Doha: Umm Salal and Al Khor shared points with a 1-1 draw in Week 2 of the 2021-2022 season QNB Stars League at the Khalifa International Stadium on Friday.

Ali Ferydoon (32nd minute) opened the scoring for Umm Salal. Al Khor fought back with a goal through Said Brahimi in the 70th minute.

After a few feisty exchanges, Umm Salal made their first attack on the Al Khor goal in the 10th minute. Yasin Al Bakhit charged into the box with a solo run moving in from the flank and produced a shot that was blocked by Al Khor keeper Baba Djibril. Ferydoon, standing nearby, had the time and the space to flick a loose ball into the net, but he ended up sending the ball past the crossbar from close range.

In the 12th minute, Al Khors Brahimi on the edge of Umm Salal box curled in a spectacular shot that was palmed away by keeper Khalifa Aboobackar.

In the 16th minute, Aymen Hussein produced a long-range shot that bounced off the Al Khor crossbar.

Umm Salal opened the scoring through a one-two by Bakhit and Ferydoon. Bakhit covered a lot of ground working his way into the box from the left flank before chopping the ball towards an unmarked Ferydoon. Using a short jump, Ferydoon flicked the ball into the net from close range.

Five minutes from the end of first half, Naif Al Buriki of Al Khor managed a snap-header off a corner kick, but the deflection sailed above the Umm Salal crossbar.

Seven minutes into the second half, Umm Salals Isael lined up a shot from the edge of Al Khor box, but his shot sailed past a goalpost.

Al Khor equalized when Ahmad Hassan Al Mohannadi picked Brahimi with a short cross from outside the box. Brahimi anticipated the cross, hoodwinked a couple of defenders shadowing him and sent the ball crashing into the net with a right-footed shot. 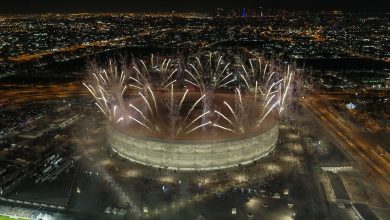 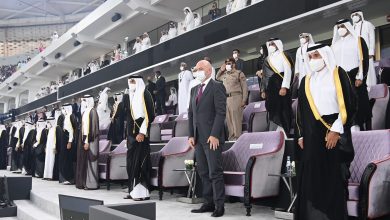 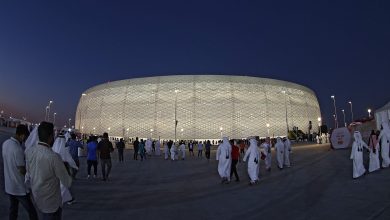