BARCELONA: Barcelona’s Memphis Depay scored for the second game in a row to give his side a 2-1 win at home to Getafe in LaLiga on Sunday in another unconvincing overall performance from the Catalans.

Sergi Roberto put Barca ahead in the second minute, sliding in to meet a Jordi Alba cross after a flowing team move.

Sandro Ramirez pulled Getafe level in the 19th minute after Sergio Busquets lost the ball in his own half and the visitors broke with purpose, the striker firing a low shot past Marc-Andre ter Stegen following a neat interchange with Carles Alena.

Barca looked rattled for a moment but restored their lead on the half-hour when Frenkie de Jong fed compatriot Depay and the Dutch forward flummoxed visiting goalkeeper David Soria with an early strike which crept inside the near post.

It was the second time in eight days Depay had got his new club out of trouble after scoring a superb half-volley in the 1-1 draw at Athletic Bilbao.

Barca are fourth in the table but level on seven points with provisional leaders Real Madrid after their opening three games.

Coach Ronald Koeman praised Depay, who he worked with in the Dutch national side and tried to sign last year from Olympique Lyonnais before Barca eventually snapped him up in June on a free transfer.

“We know that in him we have a player up front who can make the difference. He did it last week and he did it today,” he said.

The Barca coach said his side had struggled at times against Getafe but was pleased they dug in to get all three points.

“It was a difficult game, Getafe are a very strong team and I want to highlight the hard work and attitude we showed to win the game, unlike last season when we often drew games like this,” he said.

“We lost the ball a lot in the second half, we were more worried and Getafe could tell. But we did our job in defence and they didn’t have any clear chances.”

Midfielder Gavi, 17, made his LaLiga debut for Barca when he came off the bench alongside fellow academy graduate Nico Gonzalez, 19, who made his second outing. 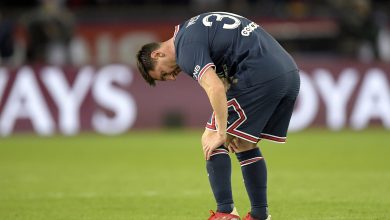