An American study said that the unvaccinated with the “Covid-19” vaccine caused huge losses to the health system in the United States, warning that the cost may be borne by “everyone”, not just patients.

The study, conducted by the San Francisco-based non-profit Kaiser Family Foundation (KFF), showed that unvaccinated adults who were hospitalized due to infection with Covid-19 cost the country’s health system at least $ 2.3 billion in June and July.

The Foundation’s figures indicate that it was possible to prevent more than 100,000 cases of infection (37 thousand cases in June, and 76,000 cases in the following month) from being hospitalized by vaccination.

KFF explains that the average cost of hospitalization from Covid-19 is $20,000, and that these avoidable cases cost the health care system $2.3 billion.

Although vaccines were available free of charge, a large number of Americans were reluctant to take them, which had led to a significant increase in infection rates and increased hospitalizations, particularly with the outbreak of the virus-mutation “Delta”.

The study considers that according to the laws that prevents insurance companies from charging higher premiums to unvaccinated people, the treatment bill “will fall on everyone because they (the unvaccinated) will pay only a small share of the cost”.

Only a small part of the cost of hospitalization is paid directly by the patients themselves, as is customary in all cases, and in the KFF’s analysis of private patients treated in hospitals for pneumonia, the usual “out-of-pocket” amount was about $1,300, well below the total amount paid by public and private insurance coverage.

Because of these costs, employers have already begun charging employees higher costs, and private insurance companies have also begun to re-share costs for hospital admissions, while Forbes said vaccine rejectionists “may end up paying more for their health insurance,” the research firm said.

U.S. President Joe Biden has repeatedly called on those who are hesitant of taking the vaccine, to do so, especially with the spread of the “Delta” mutation, using Biden’s “federal” powers to impose vaccines on workers in federal institutions, the military and nursing homes for the elderly, saying in a press conference yesterday, that the anti-covid-19-virus campaign has made “significant progress” and are expected to reap the benefits in the coming weeks. 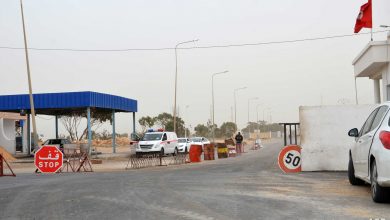