During the meeting, bilateral cooperation relations between the two countries were reviewed.

At the beginning of the session, HE Deputy Prime Minister and Minister of Foreign Affairs Sheikh Mohammed bin Abdulrahman Al-Thani welcomed HE Toshimitsu Motegi and his accompanying delegation, and announced the start of the first round of the strategic dialogue between the two countries, which its launching was signed during the visit of HH the Amir Sheikh Tamim bin Hamad Al-Thani for Japan in January 2019.

HE Deputy Prime Minister and Minister of Foreign Affairs congratulated Japan for the success of the Olympic Games hosted by Tokyo this summer, praising the level of organization, especially in light of the current pandemic conditions, and also indicated Qatar’s aspiration to welcome the Japanese team in the 2022 FIFA World Cup in Qatar.

His Excellency praised the mechanism of the regular meetings of the joint economic committee between the two countries, and the importance of continuing these meetings, expressing the State of Qatar’s aspiration to develop it to live up to the aspirations of the people and leadership of the two friendly countries. His Excellency also expressed Qatar’s satisfaction with the level of economic and investment cooperation between the two countries, and its commitment to making efforts to develop it in all fields.

His Excellency reiterated the Qatari side’s keenness to continue the active participation of Japanese companies in infrastructure projects in the State of Qatar, expressing Qatar’s desire to benefit from Japan’s expertise and capabilities in various fields.

His Excellency urged the Japanese side to encourage more Japanese companies to invest in Qatar in various fields, pointing in this regard to the appropriate investment environment and services provided by the State of Qatar to investors.

For his part, HE Toshimitsu Motegi stressed that his country is linked to a comprehensive partnership with the State of Qatar, and cooperation relations in various fields, especially in the energy sector, praising the great development witnessed by bilateral relations, pointing to the signing during the visit of HH the Amir Sheikh Tamim bin Hamad Al-Thani to Japan in January 2019, of several memoranda of cooperation in the fields of economy, trade, transport, environment, legal affairs, culture and sports.

His Excellency pointed out that his visit and the accompanying delegation coincide with the approaching 5th anniversary of the establishment of diplomatic relations between the two countries, which will be an opportunity to start the first strategic dialogue and discuss the importance of establishing an international system based on the rule of law and cooperation in order to ensure regional stability. His Excellency expressed his confidence that Japan and Qatar will be able to seize this opportunity to further deepen cooperation relations, especially in the political and security fields, as well as economic aspects, including the stability of LNG supplies and the early conclusion of the investment agreement.

HE Minister of Foreign Affairs of Japan also expressed hope that the close cooperation and partnership between the two countries will continue, in order to address common challenges.

On the other hand, the two sides discussed the latest field developments in Afghanistan, both at the security and political levels, where HE Deputy Prime Minister and Minister of Foreign Affairs stressed the importance of protecting civilians, and the need to intensify the necessary efforts to achieve national reconciliation, seeking a comprehensive political settlement that guarantees a peaceful transfer of power in Afghanistan in line with the gains made by the Afghan people.

HE Minister of Foreign Affairs of Japan thanked the State of Qatar for its effective contribution to the process of evacuating civilians, and its continuous efforts in the peace process in the region. 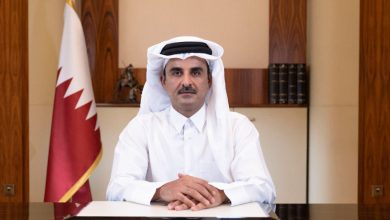 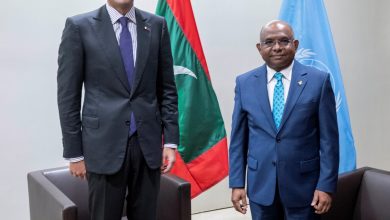