Doha: Many believe that the scene that impressed sports fans around the world with the approval of Qatari Golden Falcon Mutaz Barshim to share the gold medal with his Italian rival Gianmarco Tamberi, in the high jump competition of the Tokyo 2020 Olympic Games, is a passing sight or spontaneous action by champion Barshim. But the truth is much further away, and it’s the last scene in one of the most inspiring stories ever which started in 2016. These are its details.

The story goes back to 2016, when the champion Barshim supported his Italian rival in his misfortune that nearly ended his career, where he suffered an injury that threatened his continuation in the high jump competition. He suffered a broken ankle in the Diamond League meeting in Monaco and spent a year recovering and building strength before returning in June 2017, but his confidence slipped just a week later when he failed to surpass his opening high in the Diamond League meeting in Paris.

The Italian champion remembers that period and says “I remember when I went from Ostrava to Paris, and I performed badly, really terrible, and I was frustrated, because I didn’t know if I was going back to the level I was in 2016 or not, but what happened next was interesting thanks to the champion Mutaz Barshim.”

“It was very frustrating in that first diamond league after I got back from injury, but I didn’t want to talk to anyone,” Tamberi wrote in an Article on the IAAF website entitled “My friend Mutaz.” I went straight to my room, and the next day, Mutaz started knocking on my door and he didn’t leave. At first I wanted him to leave, but he insisted and told me please I want to talk to you, so I gave up and let him in, and we talked, and I cried in front of him, he tried to calm me down, and he said to me, “Don’t rush it, you’ve had a big injury, but you’re already back in the Diamond League, and no one expected it, and you have to take your time, don’t expect too much of yourself too early, just wait.”

“It was my best competition that year, something changed inside me, and I’m already starting to live again,” he says, “that gratitude for Mutaz Barshim was expressed by Tamberi in an article that was circulated in the world’s newspapers, but what happened yesterday in Tokyo 2020 was very inspiring, and even some demanded that it be turned into a film work that reflects the morals of the knights enjoyed by Mutaz Barshim, he pulled his rival out of the most important crises of his life and put him by his side on the podium after several years, crowned with Olympic gold, perhaps the cries of happiness that came out of Tamberi and the long hug of our hero Mutaz Barshim, and the gratitude extended in front and behind the screens are a clear indication of the meaning of the Golden Falcon’s noble sports spirit and morality, and this incident will remain a historic and striking event in the history of world sport. 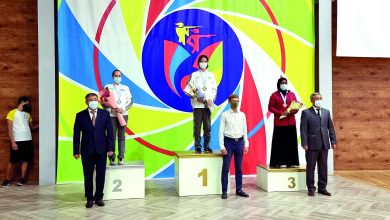 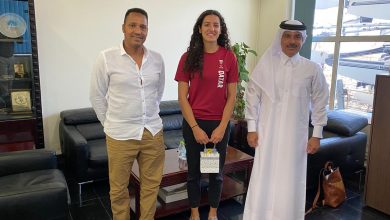 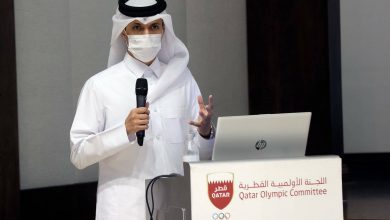 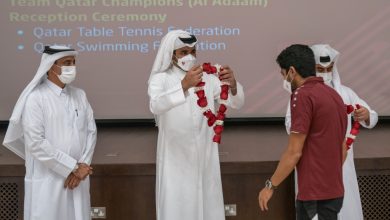